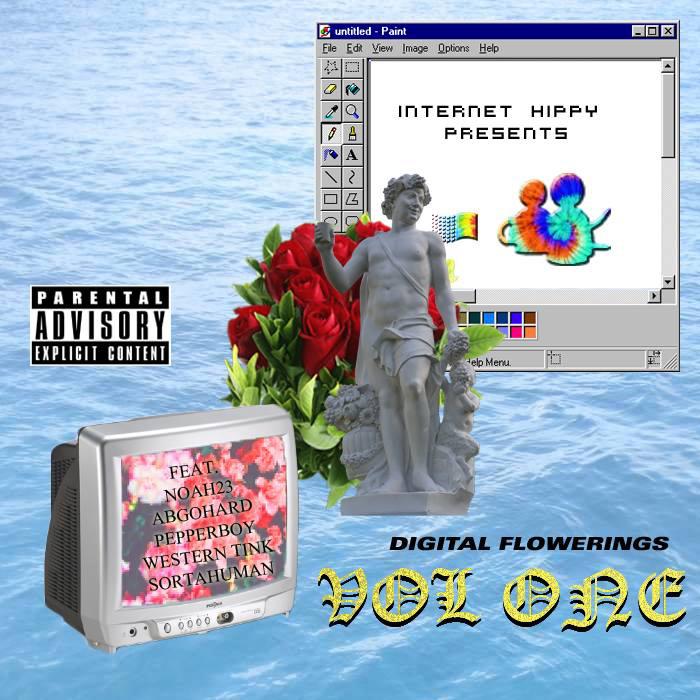 Internet Hippy’s first foray into the world of album releases, “Digital Flowerings Vol. 1” is a compilation of exclusive, never before heard tracks from 14 different MCs previously found on the Internet Hippy tumblr, twitter, and facebook pages. With contributions from legendary internet MCs like Western Tink, Noah23, Pepperboy, Sortahuman, & ABGOHARD, there’s plenty of household names to latch onto, as well as many you might be hearing for the very first time. Together, they join forces to great a mixtape that’s greater than the sum of its parts, on what is the first installment in the “Digital Flowerings” compilation series. Look out for more releases from the Internet Hippy label in the near future, but in the meantime, soak up some digital vibes from these 14 rappers as they take you on a journey through the internet and beyond.