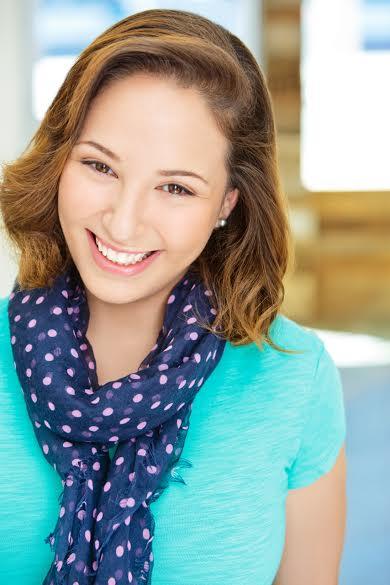 Who would take the time and trouble to travel over 2,600 miles just to get better at something? Ximena Casillas, of course. She traveled from her home in Mexico City when she was 17 all the way to New York City just to go to The American Musical and Dramatic Academy and polish her acting skills. She studied acting previously in Mexico City at the prestigious musical theatre school Artestudio but decided that if you can make it in New York, you can make it anywhere. So, she went to New York and studied at the AMDA Studio Conservatory for a year and a half and then went out to the west coast to get her BFA from the AMDA College and Conservatory for the Performing Arts. She achieved all of this when she was 20 years old. Quite an achievement!

Ximena has performed in plays such as, Mr. Marmalade and in Shakespeare’s Two Men of Verona. She also appeared in several short films: It’s Time and Red Halloween and Outsider. This summer she’s already been cast in two feature-length films: The Long Way and The Life, The Journey, The Struggle, and can be seen in the short film Skye, the play The Gypsy Machine and the mini series Foreign Love.

This extremely talented actress is also an accomplished singer and dancer. Looking at her beautiful face you wouldn’t imagine that she can kick box, stage fight with a staff and dagger and fence with a rapier. She is also vitally athletic as she plays soccer, basketball, practices yoga and can even do cartwheels. This kind of talent doesn’t grow on trees, it comes naturally, yes, but it is also developed through much discipline and training, which Ximena can testify to.

Ximena is here to stay and her acting career is solid, steady and constantly moving forward. The discipline and drive she possesses is rare in today’s actors, and she seems to have much more than the average actor.