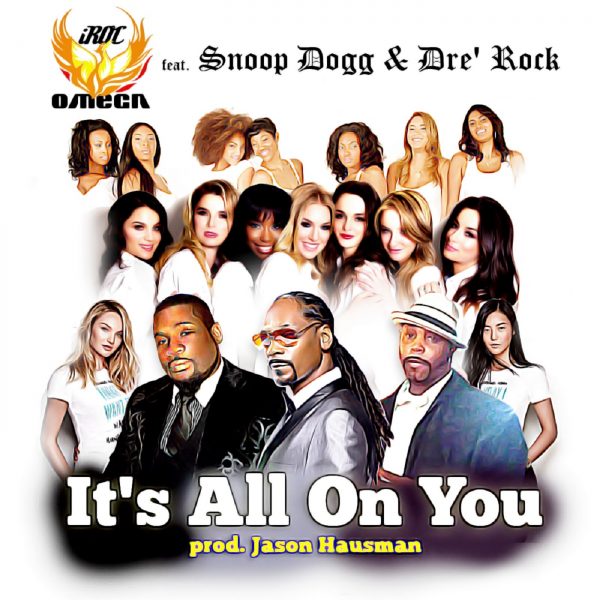 Having recorded with the likes of NE-YO, Miguel, Kurupt, Devin the Dude, MC LYTE, Erick Sermon, C-BO, etc., iRoc Omega secured his first major recording contract to release his debut album “Weight of My World.” Initially regarded with high expectations, the album ended up being shelved along with iRoc being dropped from the label. Discouraged by the cold-heartedness of the major label machine, he decided to forge ahead and continue building his fan base independently.

To kick things off properly, the first single entitled “It’s All On You,” boasts the household name and star power of the legendary Snoop Dogg, while self-proclaimed rap funketeer Dre’ Rock and Emmy Award winning composer Jason Hausman seals the deal by making it an undeniable hit. Distributed worldwide to DJs only on April 20th 2018, the song is gaining momentum through positive feedback and generating a buzz that, by the time you read this, may have already reached your own ears. The album is now available on virtually every digital outlet worldwide. Check him out!

Also Listen To The Single HERE