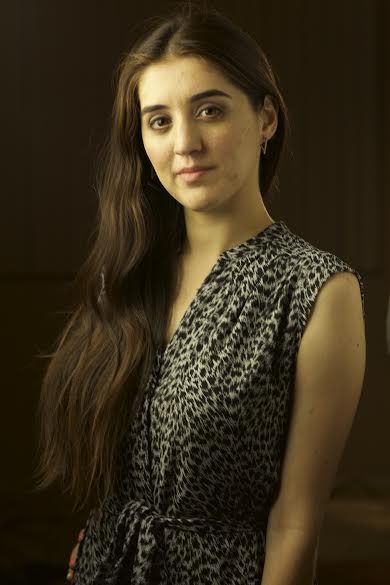 Writing about someone in the film industry can be difficult if there is not much information on her. Usually if there’s no information, then he or she hasn’t done very much in regards to filmmaking or acting or whatever it is that they say they have done. Once in a while I hit the jackpot and I find a treasure chest full of usable material that I can use to write an article.

Nigina Niyazmatova is one of those people in the film business who actually has a lengthy track record and I was totally excited when I came across her information on the Internet. She is a producer, director, actress, writer and editor. That sounds like she has been around the block and knows how to put a completed movie together, but wait, it gets even better. Nigina also has bona fide experience and credits as a production manager, a casting person, a camera person and she obviously worked in the sound department. Wow! This woman really HAS done it all.

Nigina came from Moscow and got hooked on American movies when she was quite young. When she was old enough, she said goodbye to her family and moved directly to Hollywood to make a career in filmmaking. Almost immediately she started working in the film industry and she worked on such notable movies as Succubus, Redux and Chypre. Redux starred the famous American movie actor, Eric Roberts. Nigina also worked on a film that was selected to be in the Cannes Film Festival, Love. Secured. Nigina, as a filmmaker, is very proud of her contributions to the success of these and all the many other films she has worked on.

Nigina has shown that hard work and dedication to a goal is a real path to success. She has a great deal of talent and experience and she also speaks several languages fluently. Nigina is also quite knowledgeable in Final Draft, Power Point, Final Cut Pro, Excell, Soundtrack Pro and Movie Magic Scheduling and Budgeting. She has used many of these skills and programs in the dozens of films, commercials and music videos she’s been a part of. Nigina understands that making movies is a business and she also realizes that hard work is part of the big picture when making films. She loves working around other professionals and she loves sharing her knowledge when she can, of the art and craft of movie making.