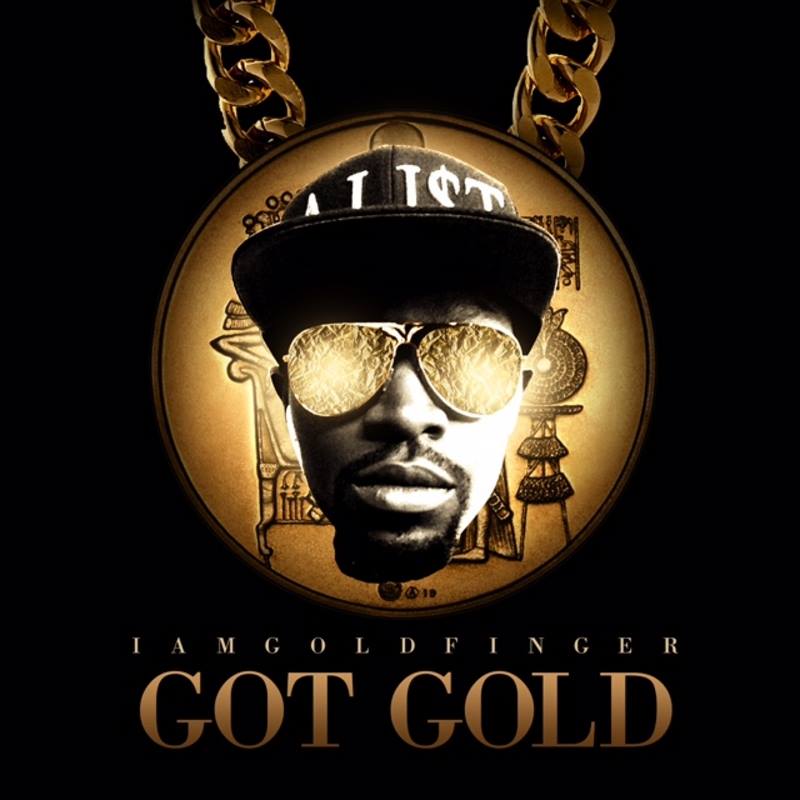 After 28 Months In Prison for hacking; followed by a 7 Year journey of personal redemption, power business moves as a corporate executive, and a driving musical force within; IAMGOLDFINGER releases his Freshman album titled Got Gold. During the 2015-16 season, Toledo, Ohio-based Hip-Hop artist and serial entrepreneur IAMGOLDFINGER formally hit the global entertainment scene with his hit singles Broken Dreams & Rights of Passage. Born Khalif-Delence, the Hip-Hop magnate launched his career back in 2010 under the brand name IAMGOLDFINGER ; a nickname given to him by King Osabarimba Kwesi Atta II for his humanitarian work in the mining and tech industries in Ghana. On July 4, 2016 he joined the likes of pioneers such as Amazon’s Jeff Bezos, Apple’s Steve Jobs, and Facebook’s Mark Zuckerberg in this modern day tech revolution with the launch of his cyber Combat Sports network Fight Tyme Live. On October 11, 2017, after successfully integrating IamGoldFinger’s musical catalogue as “TV Tracks” during multiple Fight Tyme boxing Pay Per Stream broadcasts, Fight Tyme Music (FTM) was born as an official company division. FTM signed a co-publishing, marketing, and distribution deal with Sony/AMG during Fall 2017. IAMGOLDFINGER is the premier artist launched via the Sony /AMG Partnership with his Freshman album Got Gold. IAMGOLDFINGER is a perfect mix of the Hip-Hop, Tech, and Combat Sports cultures in a new exciting way that has never been experienced before.