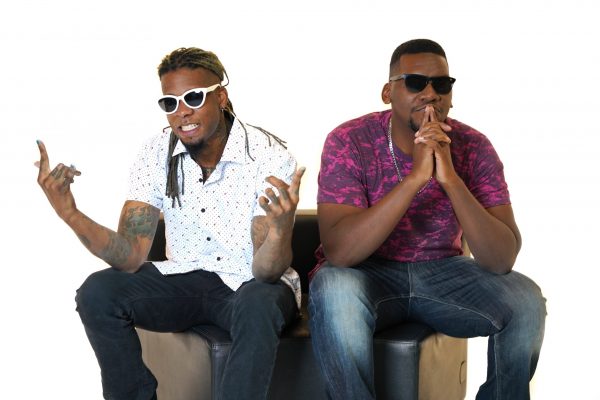 There’s a breath of fresh air in the hip hop world, and its name is Banded Future. This American hip hop duo consisting of rappers/singers Zap Rath and Jericho Law is turning heads as both members play over a dozen musical instruments. But, the mission behind the group goes even further. The name Banded Future has several meanings. It projects the ideal of a more unified world. But, it also refers to bringing back the “band” or musicality to a very electronic and automated music industry. The name also refers to the duo earning their “bands” or stripes as veterans in entertainment.

If there’s one word to describe this group, it’s “different.” They break all the rules and don’t think twice about it. They will mix genres, dress in costumes, address social issues, reach across generational gaps, and produce unconventional content. “Banded Future is about more than music,” says Zap, “This isn’t another group trying to create an audience; instead, we are building a community.” They want their fans to be involved and inspired by their mission, and the goal is for their music to be a springboard for positively impacting the lives of their listeners.

Their new single “Good Day” once again highlights their talents as they play every instrument on the track and literally form choirs of melodies just between the two of them. If that wasn’t enough, the song has a familiar catchiness that will instantly remind listeners of Taylor Swift’s “Shake It Off.” The duo’s accompanying music video is equally reminiscent of Andre 3000’s “Hey Yah,” as they “clone” themselves to create an entire backing band.

Banded Future, however, remains true to their depth with “Good Day” taking us where hip hop rarely goes. The song actually addresses mental health issues, and the infectious chorus is really a faith-filled mantra. “Good Day gets your mind focused on something positive,” says Jericho, “Words are powerful, so if you tell yourself something as simple as ‘it’s gonna be a good day,’ it can actually push you in that direction.”

A stark contrast from their debut single “We Don’t Care,” which addressed the mistreatment of African-Americans throughout history, this song is “fun music” that is more in line with the nature of the group. All it takes is one listen, and “Good Day” will have you hooked!