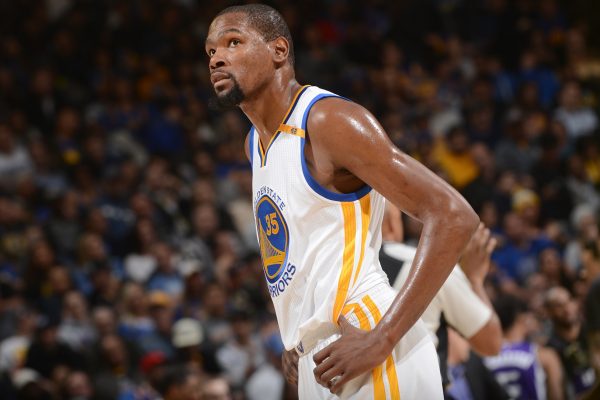 With the KD 11 set to drop soon, Kevin Durant’s relationship with Nike seems as strong as ever, however the Golden State Warriorsplayer recently revealed why he chose to re-sign back in 2014. At the time, Under Armour reportedly offered Durant up to $285 million USD to jump ship, although KD revealed to ESPN that the “process was just too much mentally, because I love Nike so much.”

Durant also shone a light in the negotiations with Nike and other competitors, stating: “I knew I had a supreme skill that needed to be compensated for, and I knew I played my way into having these negotiations. But I didn’t want to start over at Under Armour or adidas. I knew where I wanted to be, and $300 million was more than enough.”

In other basketball news, a LeBron James statue is being crowdfunded.