Here’s How Kanye West Inspired the Inception of CMMN SWDN 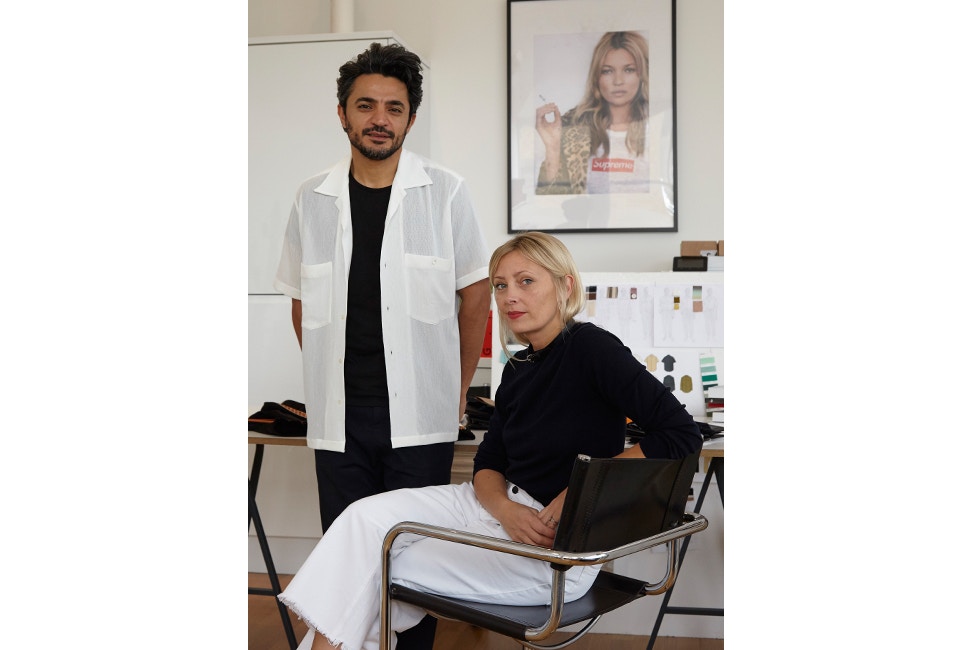 CMMN SWDN launched in Malmo, Sweden in 2012 and its headquarters has since relocated to East London. The brand integrates Scandinavian sensibilities with London’s creative environment. The folks at Good Hood Store linked up with founders Saif Bakir and Emma Hedlund to chat about the brand’s origins, the risks and dangers of running a label and how it is to live in London. They even reveal how working Kanye West inspired them to kickstart the label. Check out highlight from the interview below and head over to Good Hood Store for the full conversation.

How did you guys meet?

Emma: We first met in 2004 in London through mutual friends. Saif was studying menswear at London College of Fashion and I started my BA in womenswear at Central Saint Martins.

What was the defining moment that led to you guys setting up the label?

Saif: After graduating we worked at several fashion houses including COS and Wooyoungmi before heading up design for Kanye West in Paris. It was at Kanye’s fashion house in Paris that we got to work together professionally for the first time and realized that we were quite compatible on many levels. Setting up Kanye’s studio and label in Paris triggered the desire to run our own label. So when Kanye decided to move the studio from Paris to London, we thought it was the right time for us to head back to Sweden and launch CMMN.

What is it about East London that brought you back here from Sweden?

Saif: East London has in fact many similarities to our home town, Malmo in Sweden. When Malmo became too small and too far away from the industy, East London was a natural choice for us. We love being part of the multicultural and creative hub of East London. Our studio is right on Kingsland Road and we only have to open the door to be inspired by the creative chaos outside.