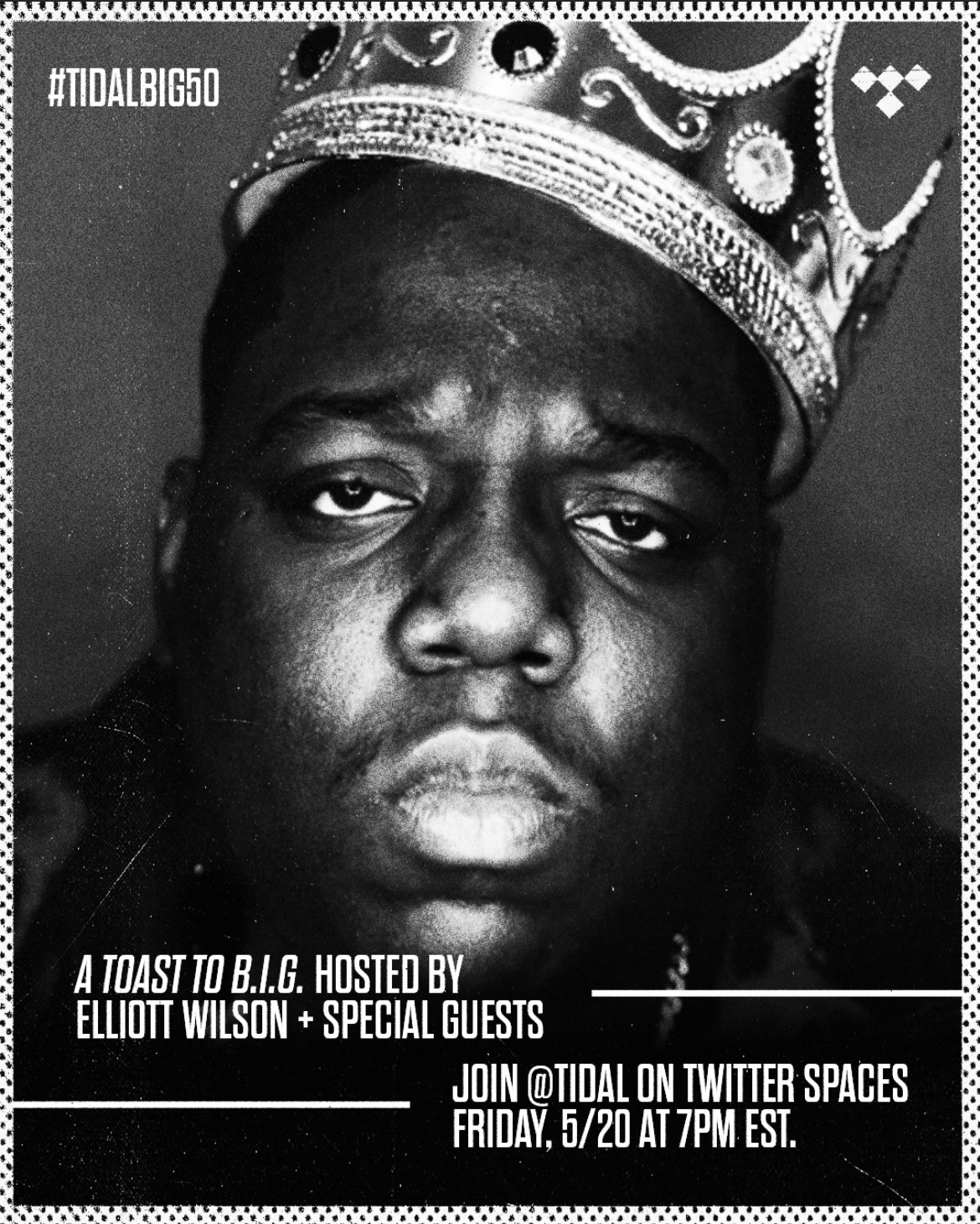 If anyone can get Hip-Hop Royalty into one room on a Friday night, it’s going to be Elliot Wilson for the Honor of Christopher Wallace. The Notorius B.I.G.
Today we celebrate Biggie’s 50th Birthday!

It’s impossible to not think about how much MORE influence he would have had on the world had he physically been here with us today.
But it’s far more mind boggling the imprint The Notorious B.I.G. did in fact leave, with only three years between his first and second album.

Friday night Elliot Wilson Hosted Tidal’s “A Toast for B.I.G.” #TIDALBIG50 on Twitter Spaces, celebrating Biggie’s milestone birthday. During the 50 minute discussion we heard from Fat Joe, Diddy, and HOV! Those of us present were let in on a lovingly vulnerable discussion hearing the authentic emotion in their voices as they each recalled moments with the legend.

We also heard from Justn Tinley as he’s celebrating the release of his new book “It Was All A Dream”, set to release 5/24.