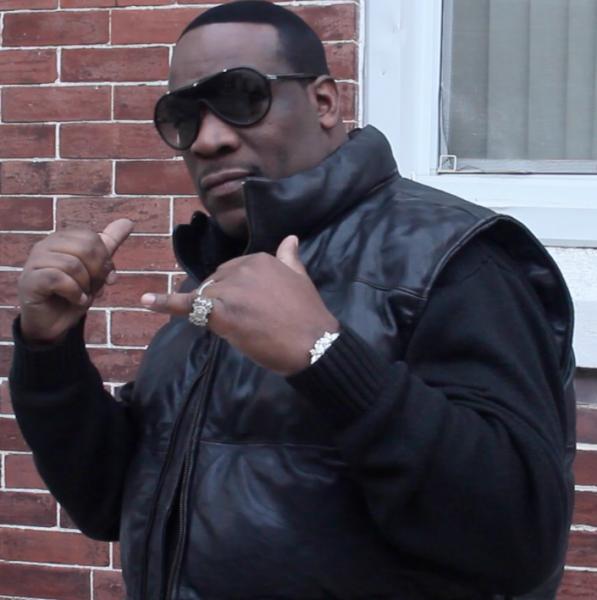 Gran Centennial was born and raised in Philadelphia were he started his career in music. Hindered by the code of the streets he found himself doing what the streets led him to believe was surviving. Hustling and serious related crime duties dictated that life was slowly slipping away and death was fast approaching.

Spending years of his life in the legal system, and looking up to the older people in his circle, he soon came to realize that something had to change if he wanted to survive and one day make it as a hip-hop star.

For now Gran Centennial a.k.a G.C is on a mission and anyone who feels that mission is not important may think again. He is determined to be heard, and he will be.

Gran Centennial represents what artists should do on the mic. He truly embodies the lost art of old-school glory, with his lyrical skills, the sense of dropping ill metaphors, and clever deliveries.

G.C’s ability to write and deliver rhymes is profoundly incredible. There is no disputing how good his lyrics were, but what separates him from all others is his flow.

If you love hip-hop or if you’re new to Hip Hop, this is where your collection should start, maybe with the single “Hands Up” or even the “After Work Album” by Gran Centennial, where you’ll find popular tracks like “How Yall Gone Act” and “Party Hard”. Do yourself a favor and avoid the garbage that hip hop is currently putting out and go back to the old school styles, where the lyrics were as good as the beats, and there was substance over flash.

Gran Centennial concentrates his efforts on this classic old-school style on “Hands Up”, with lyrical flows so unique and tight, it’ll instantly take you back to the golden era of hip-hop when the joints were jumping and bumping!

Listen to his flow on any song off the “After Work Album”; it’s meticulous, as G.C pronounces every word so clearly. What can you say; this is old school hip hop at its greatest!

What keeps me motivated is my passion to do this. Music is my life, whether I’m signed to a deal or not. I understand the culture and Ive been doing music since I was a kid banging on the tables and rapping in school.


I believe Vintage Media Group, mean a collaboration of all and new. It covers all aspects of the industry and has so much to offer artist who believe in their craft. So when I think of Vintage Media Group what comes to mind is a brand that’s been around for years and know good talent when they come across it.

3) Being that you are from Philly, what is the state of Hip-Hop there?


I believe the state of hip-hop here is sad and I say that because there is no unity. Down south has the blueprint of what rap is about therefore hip-hop has taken a back seat. There is no more originality, no more trendsetting, no more authenticity for the craft, everyone is following suit. It like everyone hates on one another, crabs in the basket mentality.

3.5) How would you titled your style of music?


Urban, Hip-Hop, New school vibe with an old school delivery, I would be the Prodical son of Hip-Hop bringing back the essence to true hip-hop with that old school flavor and old school melody. Banging drums, selective instruments that say to everyone that’s hip-hop in its purest form.

4) With your most recent joint called “Hands Up (Street)” which is NICE, can you give us some details on how you came up with that song?


Yes I got tired of all this trap music, slow vibes, nonsense so I figure I would change the coarse and direction of partying and give them something different. I never want to do what others are doing because Gran Centennial is about something different and something close to the original concept of Rap/Hip-Hop. I was definitely in party mode when I wrote Hands Up. And I just wanted people to party with me by showing me they’re in the building when I perform that particular song


Yes put God first you can do anything in life if you put your mind to it. Also go on datpiff and download cookin up the streets part 5 hosted by yours truly none other than The Philadelphia Prodigy, “Gran Centennial” himself which has over 1000 downloads already and climbing and over 6 thousands listens and streams, God bless and thanks for supporting Gran Centennial. Follow my movement and I’ll follow you back.