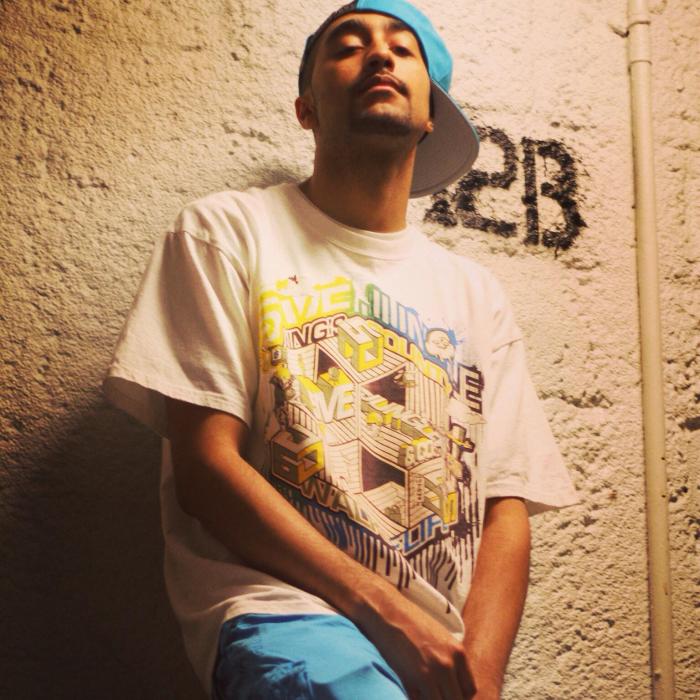 Bronx, New York emcee Godz Chyld presents “Godz Chyld”, his new single produced by St. Peter. The song comes on the heels ofForever, his collaboration EP with Killah Priest/Tragedy Khadafi producer Jordan River Banks. “Godz Chyld is not only my name as a rapper – it’s just what I am,” GC says, explaining the song’s name. “This song is just me explaining what that means to me, which is probably completely different from what you would think at first hearing it. This song is an introduction and attempt at getting that point across.”

1. DO YOU FEEL A SENSE OF RESPONSIBILITY BEING A RAPPER FROM THE BRONX, THE BOROUGH THAT CREATED HIP-HOP? WHO ARE OTHER RAPPERS AND PRODUCERS TO CHECK FOR OUT OF THE BRONX RIGHT NOW? WHAT’S THE SCENE LIKE THERE? DO YOU FEEL THE NEW GENERATION OF BRONX RAP TALENT IS DOING THEIR FOREFATHERS PROUD?

I don’t feel any sense of responsibility because I’m from the Bronx. I was just a kid who grew up loving hip hop and I feel a responsibility because of the love of the culture. Being from the Bronx influences me in in no way, because living out here you don’t feel that energy of the birthplace of hip hop. This is just the hood. And that energy overpowers that. As far as the scene out here, it’s a lot of dudes who try to sound like what’s already out and I distance myself from that because I have my own style. I feel that’s not a way to be successful, that’s a way to be ignored, because there’s already dudes out there who have the style you’re copying. The forefathers of hip hop don’t seem too pleased with anything my generation comes out with, and I don’t blame them because I studied hip-hop so I know where it came from and what the point of it was. It was about the struggle, since “The Message” came out. Then it became a culture, and you had Public Enemy, Rakim KRS-One. It was a powerful thing. Then a lot of factors ruined that. So if I was them I’d be disappointed too. But hip hop changes just like anything else, and all of it isn’t bad. I believe everything happens for a reason.

2. WHAT DO YOU THINK OF THE CURRENT STATE OF NEW YORK RAP?

I like a lot of it. ASAP Rocky is official and so is Joey Badass. New York had always been on point with hip hop. We got a lot of talent out here. I really like pretty much all of it. Joey Badass sounds just like old school; he must have a strong admiration for it. Other dudes have changed it up and I like that too. I think each style serves its purpose. A lot of it is less lyrical, but that doesn’t always bother me as long as the music sounds good and the energy is there. There was a lot more knowledge in hip hop back in the days like KRS-One and Rakim, then you had a lot of groups in the ‘90s that were in the Nation of Gods and Earths that were dropping knowledge. So if there’s anything I miss it would be that. It provided a lot of soulfulness to the music back then. But the best thing about it is that that music is always there, so when I’m in the mood for old school I can tune into it. When I wanna hear something new, I can get that too.

3. WHO DO YOU FEEL IS YOUR BIGGEST COMPETITION TODAY?

My biggest competition is really myself, because I don’t focus on anyone but myself. I focus on being the best I can be, so pushing myself to be better and try new things and be more creative than my previous work is what I’m always trying to do. I’m comparing with my previous work and trying to make better stuff. I listen to my songs and see what I could’ve said better or what would have been a better line here or there. I’m a perfectionist, so that always leaves room for improvement and growth.

4. YOU CITE 2PAC AS A MAJOR INFLUENCE IN YOUR DECISION TO BECOME A RAPPER. WHAT DO YOU THINK IT WAS ABOUT 2PAC THAT MOTIVATED YOU SO?

At first it was just his energy and his flow. I was too young to understand what he was really talking about, then as I got older it was what he stood for. He was like a soldier for righteousness to me. He spoke up against what he felt was wrong and stood for what he believed in and I respected that a lot and looked up to that. I never saw him as taking hip hop in a negative direction. I enjoy a lot of his later material too. All Eyez On Me Is one of my favorite albums and the Makaveli album was going back in the direction he started in; he had just come out of jail and been shot so I guess that affected him in a strong way, as it would anyone. I can understand that, because we all go through situations that change us, but I think overall what he’s remembered for is his positivity.

5. WHAT IS YOUR ONE SONG AND ALBUM YOU’RE MOST PROUD OF AND WHY?

The song I’m most proud of is “Godz Chyld”, my newest song. It’s because I did a lot of drafts for it. I didn’t stop until I was satisfied with the way it sounded. That was the first time I worked that much on one song. I’d go back to the studio and change certain lyrics or switch the flow up so I like that I proved I can do that. My favorite album is my EP with Jordan River Banks called Forever because it was my first project that I felt was a complete project, and everything sounded so great and went together perfectly, and it got a real good reception and reviews and all of that. It was a great experience for me to keep pushing forward and see that there are people out there that get what I’m saying.

6. WHAT ARE YOUR PLANS FOR FUTURE RELEASES?

I’m coming out with an EP I’m gonna call Don’t Sleep On Me that should be coming soon. That’s what I’m working on now. It’s pretty much me showing my hunger as an emcee and telling everyone not to sleep on what I’m doing. Everyone’s screaming they want real hip hop but they don’t support it, so most people just like to look like they love real hip hop, but for those who are true about it, stop sleeping. There’s dudes out here making music on their own and doing it for real.