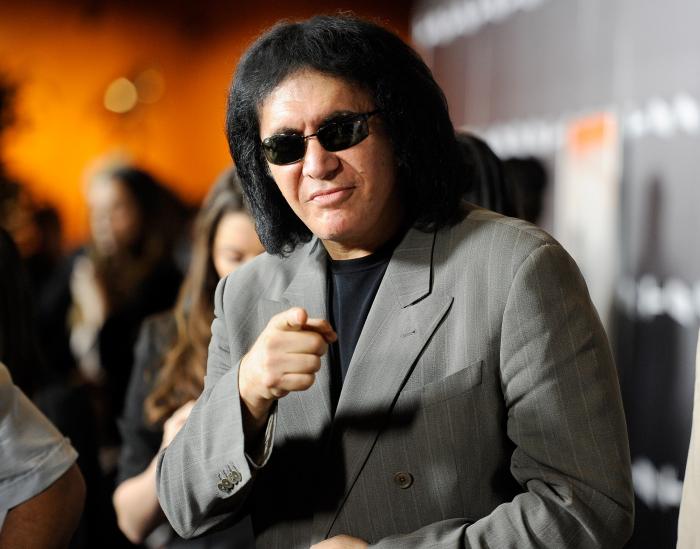 The 64-year-old isn’t too happy with the Hall of Fame committee, however, after the band’s more recent additions weren’t invited to the ceremony next month. The exclusion is due to a rule, and Simmons says the committee needs to consider a change. Kiss has already announced that they won’t perform at the event.

“I don’t think there are any women on the board,” Simmons said. “And these 10 guys, some of them are good guys, some perhaps not, decided that there would be rappers and disco artists inducted.”

According to Simmons, he has no “beef,” but believes the Hall of Fame is only a “big deal” to fans. He went on to say that “back room politics” determines who makes the cut. “A few people decide what’s in and what’s not. And the masses just scratch their heads,” he explained. “You’ve got Grandmaster Flash in the Rock and Roll Hall of Fame? Run-D.M.C. in the Rock and Roll Hall of Fame? You’re killing me! That doesn’t mean those aren’t good artists. But they don’t play guitar. They sample and they talk. Not even sing!”

He cited Donna Summer as an example of why disco shouldn’t be considered rock and roll either. “I knew and liked her, she was on my [1978] solo record. But if you asked Donna Summer, ‘What kind of artist are you?’ do you think she would say, ‘Oh, rock!’ So what the hell are they doing in the Hall of Fame?”

He continued, “They can run their organization any way they’d like, but it ain’t rock! It just isn’t! If you don’t play guitar and you don’t write your own songs, you don’t belong there.”

The Hall of Fame added its first hip hop act in 2007, with Grandmaster Flash and the Furious Five. LL Cool J and N.W.A. were nominated for 2014 but didn’t make the list. The final tally includes Cat Stevens, Hall and Oates, Nirvana and the E Street Band.

The Rock and Roll Hall of Fame 2014 induction is scheduled to go forward April 10 at Brooklyn’s Barclays Arena.