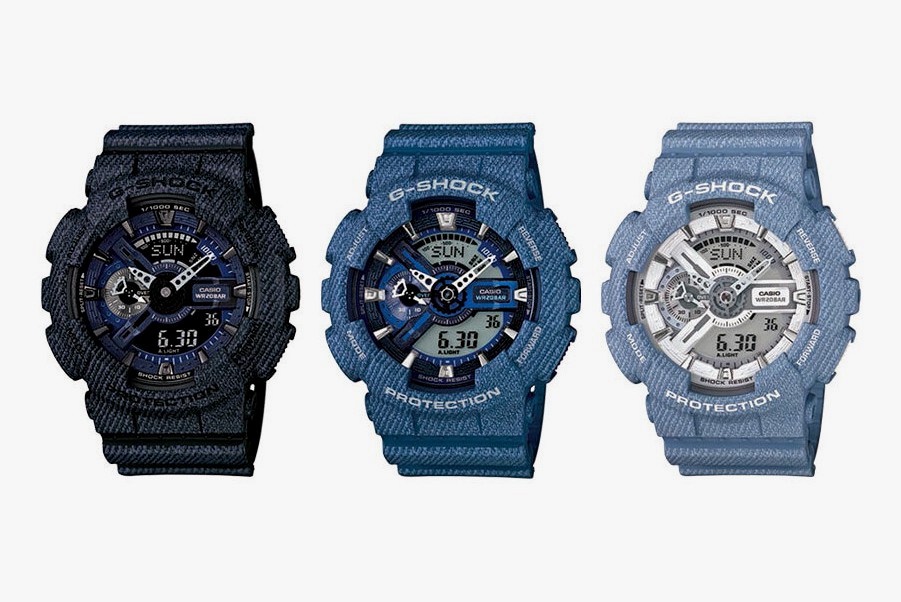 G-Shock has released a trio of watches for its GA-110DC model, featuring the everyman’s beloved denim material. A series of three different washes including hues of black, blue and light blue have been reworked into the iconic sporty timepieces. The black denim version, better known as the GA110DC-1A, features a reverse LCD display and a black index. Meanwhile, the blue GA110DC-2A and light blue GA110DC-2A7 variations include a standard display unit and silver index, with a blue and white face respectively. The watches are slated to be released in February and will retail for around $170 USD.