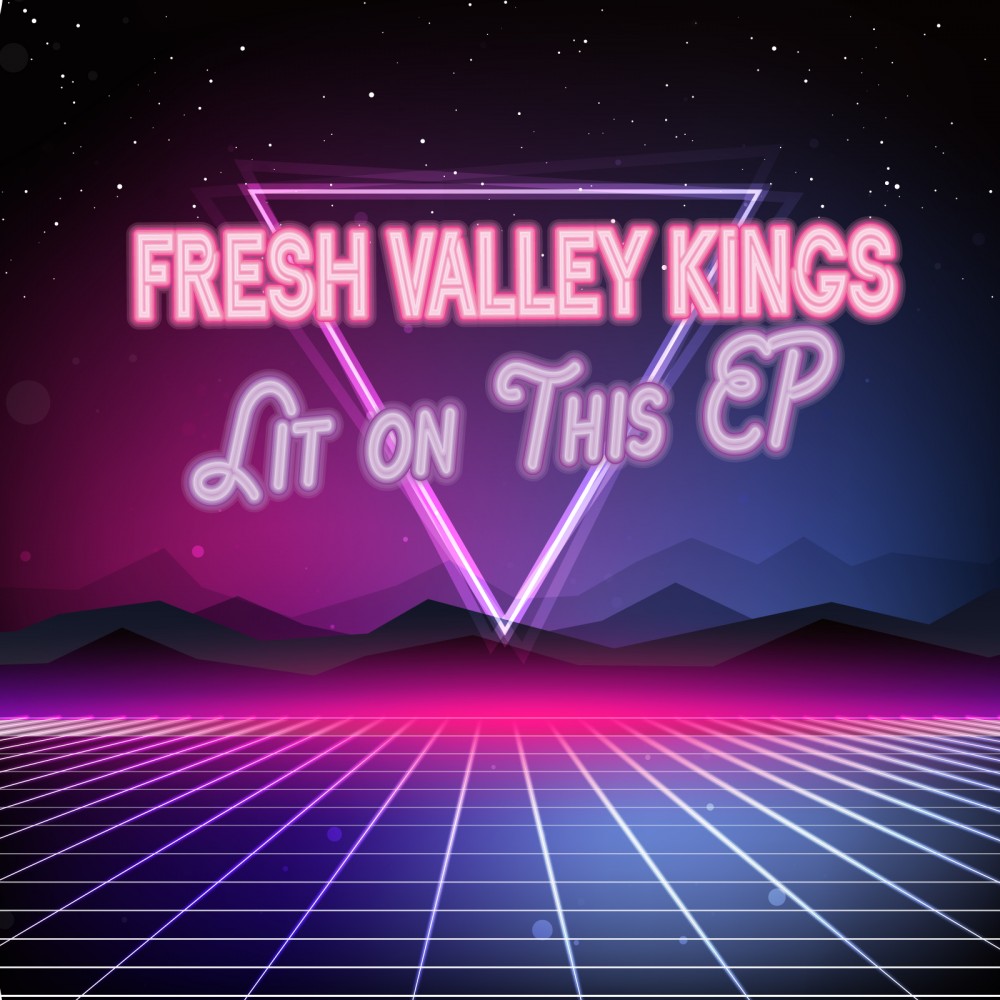 The meteoric rise of the slang “lit” in recent pop vocabulary, thanks largely to rap music, has either been met with wholehearted acceptance or abject disdain from the general public. On their debut project, Fresh Valley Kings have chosen to embrace it; decisively. Lit on This EP is a 4 track, 12 minute journey into total trap/party rap madness. If you like booming hooks, verses as fiery as they are dense, and a healthy dose of tongue-in-cheek irreverence, then look no further. Sneak a track or two on at a party and watch the lit-ness jump from 0 to 100, real quick. Do not play around your girlfriend unless she took a double dose of her birth control this morning.

The production on the EP is well done and well placed, handled by incognito heavyweights Drum Major, SLIGHT, 347 Gang, and MXS Beats (in order of appearance). Each track brings the swagger and braggadocio you’d expect of far more seasoned rappers, but with the intricate and audacious bars to back up their claims. The project opens with “Medium Rare,” a track daring you to challenge the group to a proverbial rap beef; and to serve it medium rare, if you please. The hooks are an interesting combination of hilarious, ridiculous, and catchy. After listening to the second track, “Wrist Up,” I caught myself chanting along to the rather blunt “Wrist up, fist up, I’m just trying to get my dick sucked!” That chorus is an audacious ploy, even for rappers, but evidently it worked, as track three describes the struggles of maintaining “Hella Hoes.” And how do you maintain your hoes? By getting lit on them, of course. Track Four – “Lit On These Hoes” – is two parts schoolyard chant, and one part trap anthem. I won’t spoil the ending for you, but let’s just say shit gets real… literally. The most fascinating thing about this project is it was created by three white guys. Whatever they’re smoking in Macon, Georgia, they should pass some to me.

"This Was A Fresh And Interesting Approach On The New Wave Of Hip-Hop, Which Was Dope. We Enjoyed The Production On The EP. Fresh Valley Kings Are From Macon, GA Which Explains The Hard Hitting Beats That Are Fitting For The Content And Bars Given By The Group. We Was Looking For More Range In Reference To Wordplay & Content, But Lit On This Is Overall A Nice EP."

NEW POST: Check Out Silk-00 with his New EP “4tHQuarterDamage”