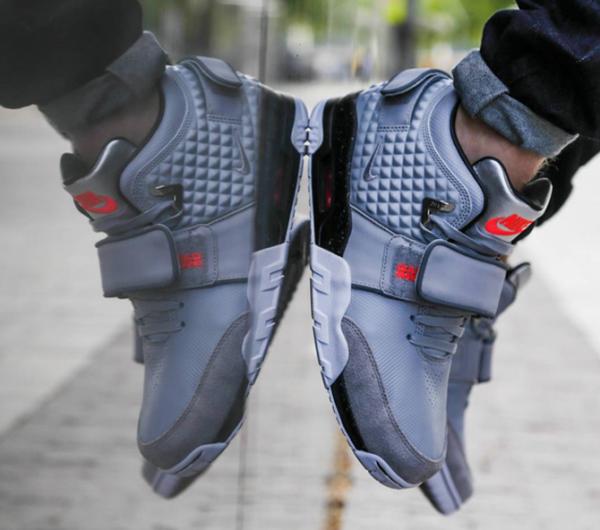 The Nike Air Cruz, the first signature shoe for Giants wide receiver Victor Cruz, has yet to be officially unveiled by Nike.

Despite that, Foot Locker Europe has gone ahead and posted an image of the shoe on its Instagram account. Nike likely isn’t too happy about this one, as the brand tends to prefer to debut these sort of signature creations on its own. The first trademark sneaker for Cruz was mentioned in the court documents in Nike’s lawsuit against former designers Marc Dolce, Denis Dekovic, and Mark Miner, and this is the first official look we have at the shoe. Watch for the Nike Air Cruz to launch in the coming months.