Home Word Finding the GOAT: Who Is the Greatest MC of All-Time? (4 Part Series)
Word
May 27, 2015 VintageMediaGroup 0

Finding the GOAT: Who Is the Greatest MC of All-Time? (4 Part Series) 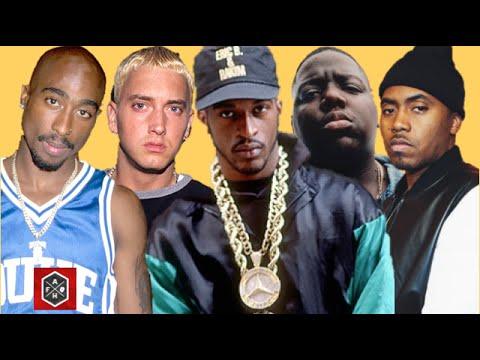 This is a question that has engaged Hip-Hop fans for more than 30 years. The discussion about “The Greatest Of All Time,” made “GOAT” for short—thanks to an LL Cool J coined term—represents much more than a debate about one man or woman’s verbal prowess. Inside that conversation, who we deem to be our GOAT says a lot about who we are as individuals. Whether we advocate an all-time underdog or defend the successes of a platinum-plus superstar, it’s impossible to take ourselves out of the equation. Here is part 1 of a 4-part series exploring themes that arose out of Ambrosia For Heads’ 9-month quest to name Hip-Hop’s greatest MC, as determined by millions of fans.

“Can it be that it was all so simple then?” The nostalgia effect is a strong one in Hip-Hop, and causes us not only to look back with optimistic revision, but also, at times, prevents us from embracing the greatness of late. It is not uncommon to hear someone argue that “there are no classic albums in the last 10 years.” While classics take time to reveal themselves, greatness requires no delay to be acknowledged. But, is it possible for an artist who’s been on the scene for five years or less to be considered the greatest of all-time?

Part 2 of our Finding The GOAT documentary explores the rose-colored glasses through which we look at the past, and why “the good old days” never left.

“Do we hate our women?” Tupac plaintively asked that of Hip-Hop on “Keep Ya Head Up.” Sadly, the question still goes unanswered. Ep. 3 of the Finding The GOAT documentary is narrated by Rapsody and explores the complicated relationship between Hip-Hop and women MCs.

When you ask Hip-Hop fans to name their Top 10 MCs, there are certain names cited consistently–Nas, Tupac, Eminem, Biggie, Jay Z…but, inevitably, there will be artists mentioned that seem like wildcards, too. However, when you pay close attention, you’ll find that these artists’ names also recur. These are MCs like Black Thought, Talib Kweli, Posdnuos, Rah Digga and MF DOOM. These are the favorite MCs of favorite MCs. Yet, in GOAT discussions, they are often lost.

Part 4 of our Finding The GOAT documentary honors those MCs who have earned the respect of critics, peers and fans, alike, but for whom widespread commercial success has been elusive. The spotlight may not have shone as brightly on them, but, when it comes to MC’ing, there are no brighter stars.