Feds Investigating Chief Keef Shooting Where Tekashi69 Snitched On Himself 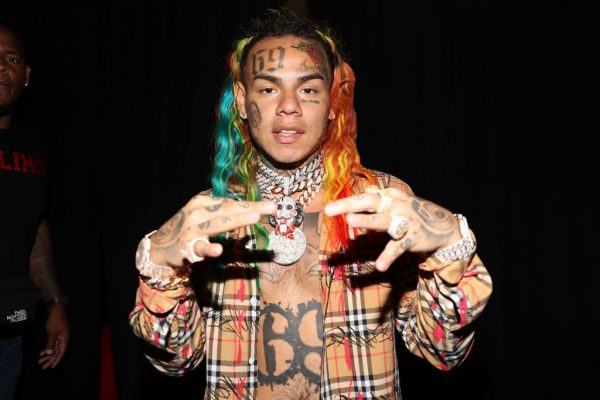 When trolling on the Internet goes wrong.

Tekashi69 is a troll rapper who was also masterful at snitching on himself. The Feds are reportedly investigating the still-unsolved Chief Keef shooting, where the authorities think the Brooklyn rapper put a bounty on Sosa’s cousin.

The world knows this because Tekashi was seen saying so on video.

Law enforcement sources tell TMZ … the shooting case — which has gone unsolved so far with the NYPD — is now under review with federal prosecutors, who are combing over the evidence to see if it might lead to any additional charges.

We broke the stories … police who’ve been investigating the June shooting in NYC already believe Tekashi was involved and might very well have put a bounty out on Keef’s cousin, Tadoe, as the rainbow-haired rapper seemed to say in this clip.

We’re told the video TMZ posted of Tekashi saying he’s got a “30 pack” on Tadoe, with whom he’d just gotten off the phone, is a key piece of evidence the feds are looking at. And, remember, one of the guys who police say tailed Chief Keef prior to the shooting is a “known associate” with direct ties to Tekashi.

These charges would in addition to the racketeering charges Tekashi69 is already sitting in jail for as he awaits trial.

The struggle is real, and avoidable.