Fabolous Is Gifted the Key to His Beloved Brooklyn 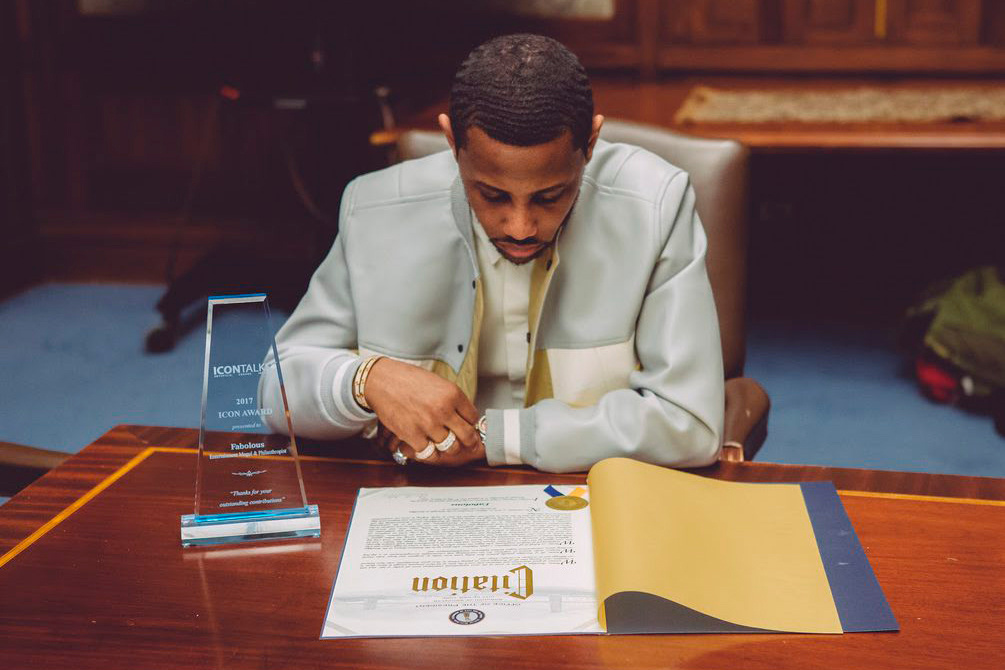 Brooklyn native Fabolous is one of New York’s living legends and now the city has treated him as such. A special ceremony was held at the Grand Courtroom on March 9 awarding the rapper with the key to Brooklyn. Among those in attendance were close friends Ryan Leslie, Wale and DJ Clue. Swizz Beatz had the honors of presenting Fab with the award. Upon presenting the award, Swizz said:

Another BK legend received a tribute at the Barclays Center on Sunday night. Dubbed “Biggie Night,” the Notorious B.I.G. was honored with a special ceremony from the Brooklyn Nets.

Thank You's to every person who gives you a opportunity to be who you aspire to be. 📶 @sharoncarpenter @iamjhsa [shot by @evanpierce] #ICONTalks