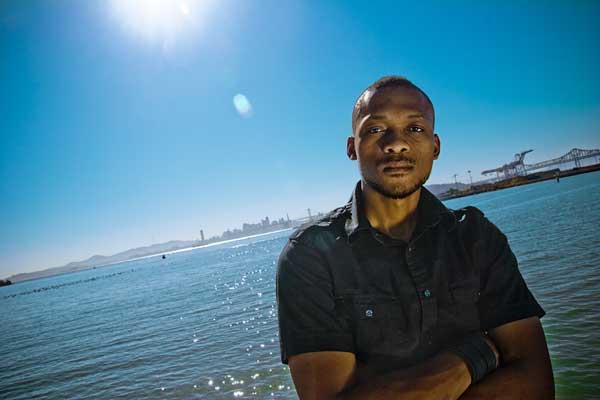 South African native and Northern California resident Eyezon presents “Rubies & Raindrops”, produced by himself and London producer Joshua DaMonoway. “Rubies” is from his forthcoming FUTURE WEAPON SOUL album, a mixture of synths and 808 mixed with live instrumentation. Set to drop in early 2014, FWS will be Eyezon’s last full hip hop project before moving on to introduce a genre he dubs ‘Africali’ and describes as “a mixture of Afrobeat truth consciousness with a California street swagger morphed with Hip Hop and drenched in cultural roots”. Eyezon cites Dick Dale, Fela Kuti, the Doors and Bob Marley as influences, and has performed at the Fillmore Music Festival and performs weekly on the African Channel.