EYEZ ON ME: Introducing Doja, The Creative Rapper 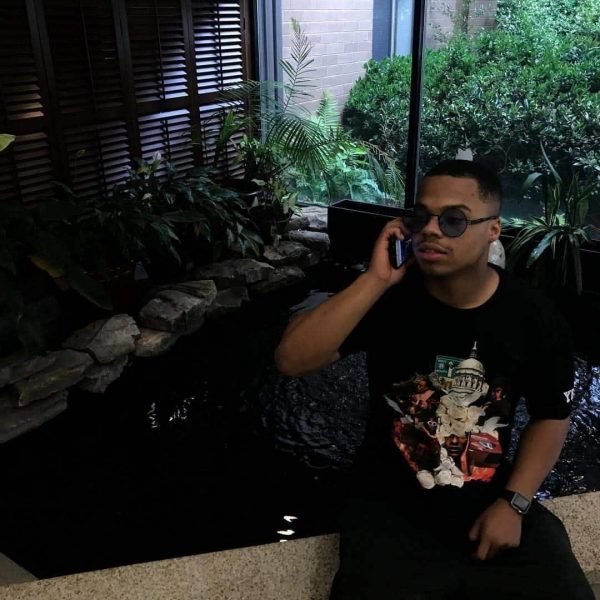 Atlanta based artist D O J A is heating up the streets of Atlanta with some of his recently released projects Dating back from August 24th, 2019 which featured his Sophomore Album Lucky Boss. The album is currently streaming globally as it hits all major streaming platforms and was featured in Spotify’s “Fresh Finds ” Some Information that was shared with us from the artist is that he is releasing a new single called “LEVEL” featuring Atlanta native MDMA MANNY to all platforms on May 1st as of right now it is streaming Exclusively on Soundcloud . He states he is also is releasing another single the following Friday on May 8th called “WATAH’ featuring Atlanta Native Baxo . Doja also told us he’s planning on releasing another album, but there is no official title or release date, but he told us he is planning for a release of his next untitled project around his birthday if anyone knows when that is…. let us know what you think of this new upcoming Atlanta artist and if you think he has potential to become the next household name. For more information and news following this artist check out the links listed below!

I love creating new songs, sounds & frequencies. It’s really just me having fun playing with my mic and the mix. Coming up with new ideas and mixing sound waves I live for the moments when I make something and sonically it sounds like an eargasm.)

When I think of vintage I think of timeless. Something vintage is something that ages with value and never goes out of style it’s timeless and I love timeless things, music is timeless.

3) Being that you are from Atlanta, what is the state of Hip-Hop there? How would you title your style of music?

The only peoples poppin in ATL really Thug, Gunna, Baby & Keed. There are so many artists out here, but be it Lowkey asl it’s like crabs in a bucket everyone does it, but nobody shines the brightest. I’m a star the style is just expression open up and tap in.

4) “Freak” is Crazy NICE, Can you give us some details on how you came up with that song?

X is my spiritual brother him & ski inspired me. I also spoke about real-life Shit my ex smashed my Patna and I was hurt. She did that after I told her I didn’t want her anymore but fuck it I was also yearning for the love & affection of love so it internalized as me wanting to be with someone. I chopped the beat I engineer 100% of my projects…