Erica Cuts Shay In The Face – Love And Hip-Hop Atlanta 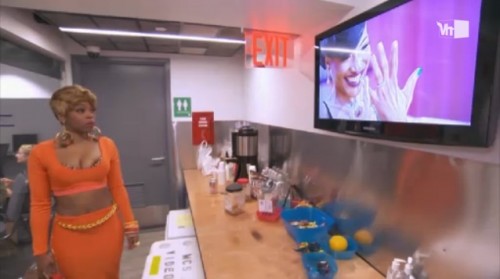 …Them PAWS need 2 go back in training! -Shay

Erica put them paws on cuz. Now we remember Love and Hip-Hop Atlanta season 1 when Lil Scrappy was going between baby momma Erica Dixon and close friend Shay “Bucky” Johnson. Well the drama has poured into season 2 leaving Shay bleeeding after a fight at co-star Karlie Redd’s hair weave launch party. The scuffle ocured during taping but producers where forced to delete footage from the fight. However witnesses did say that Shay was getting the best of Erica until she pulled out an object and cut Shay in the face. Just a week before the premier of Love and Hip-Hop Atlanta season 2 and it’s already more entertaining than this past season of Love and Hip-Hop New York. You can catch season 2 April 22nd on VH1 at 8pm.