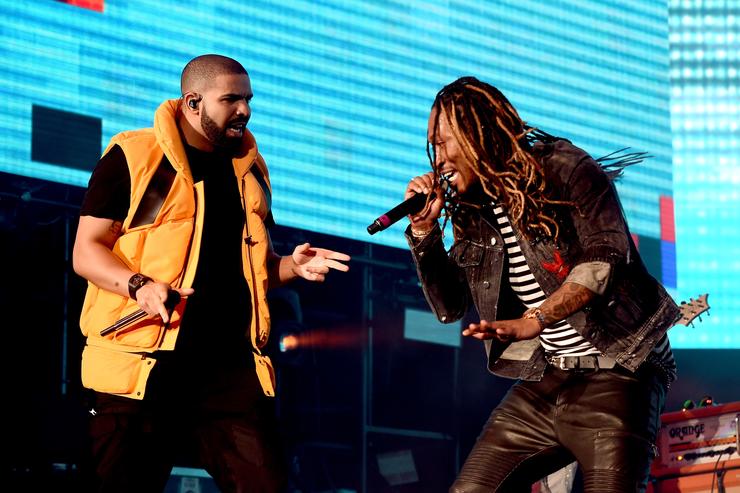 A woman is reportedly suing Drake, Future & the touring companies for allegedly being raped at one of their shows last year.

Well here’s an unfortunate set of news. Drake & Future are reportedly both being sued by a woman who claims she was raped at their concert by a man associated with the venue People Magazine reports.

The woman, who’s listed as Jane Doe in the lawsuit, says she attended the Drizzy & Future show at the Bridgestone Arena in Nashville last August 14. According to People Magazine, the woman claims she was approached by “a man associated with Bridgestone Arena” who told her he’d take her backstage to meet Drake and Future.

As the woman followed the man, identified as Leavy Johnson, backstage, she claims he “suddenly … pushed Jane Doe to the ground and violently assaulted her, shattering her cell phone and causing severe physical and psychological injury.”

Johnson has since been arrested and charged with rape, according to The Tennessean. He is currently awaiting trial.

In addition, Johnson reportedly had an outstanding warrant for assault at the time of the alleged attack. She  says the arena, the touring companies, the company that provided the security and both Drake & Future should all have known that employing Johnson would “pose an unreasonable risk to others.”

So due to their poor decisions, the woman is seeking no less than $25 million in damages, plus court costs. Whether she gets all that is another question, but I bet she gets a nice settlement of sorts.