DMX On New Album And Staying Out Of Trouble 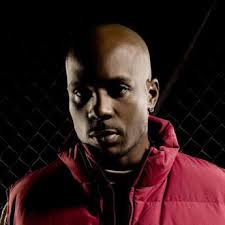 by Steven J. Horowitz From Hiphopdx.com

Fresh out of his seven-month prison sentence, DMX is hard at work on his comeback album, tentatively titled Redemption of the Beast. Speaking with Billboard.com’s The Juice, Dark Man X explains that he has been working “nonstop, every day” on the project, which he hopes to release before December.

“I kind of took it back to how I felt on my first album — the hunger, the energy, the hardness of it,” he said. “I’ve had a lot of late nights in the studio, getting it in, getting it back to where it’s supposed to be. [… The album will be] bringing hip-hop back to where it’s supposed to be. It’s not at a good place right now… [There’s] a lot of whack rappers out there. It’s too corny.”

X, who reportedly worked with Swizz Beatz, Dame Grease and Caviar on the album, says that he’s mostly been working in the studio on his own. He’s still in negotiations with Rick Ross to join Maybach Music Group, and is still planning to shoot a reality show that unites his 10 kids. As for staying out of trouble, X plans on keeping his slate clean.

“The first time around, it was given to me. Now, I’m working for it,” he continued. “There’s definitely a difference in what I’m gonna give, and what I’m gonna get out.”