DJ Locnez – “The Time to Believe in The Locnez Monster” 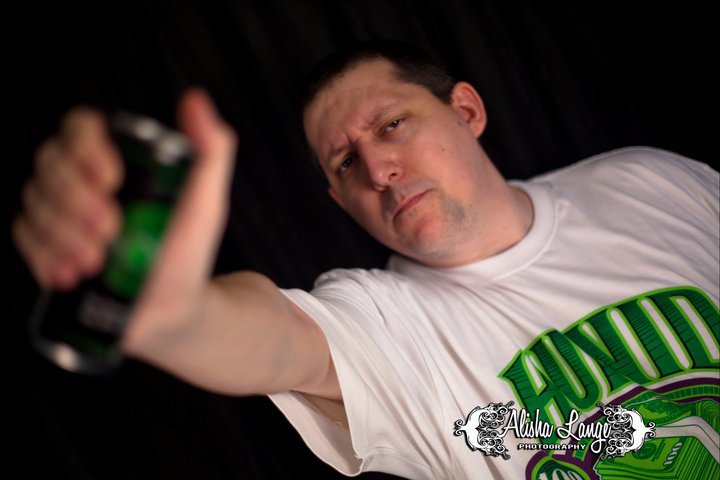 Brad Netzley, also known as DJ Locnez has always had a passion for music. Nowadays one of his aspirations is striving to get independent artists out there in the music industry. Don’t just call him any plain, old DJ, he is proud to say he is a MIXTAPE DJ. In this interview learn how he lives with the disease AVN and what his next moves are in the industry.

A.Marie: What inspired you to become a DJ?
DJ Locnez: Well, I have always had the passion for music. It didn’t matter if I was just simply playing it,or recording it, or even dancing to it. Inspire is a very deep and moving word to me. As far as what inspired me I would have to say I saw a need for independents to get heard the right way. So I picked up the reigns as a mixtape DJ and took to action. So in the end it was all of you that inspired me to become a DJ.

A.Marie: Are you working on any new mixtapes?
DJ Locnez: We here at Locnez Promotion’s always have something brewing up. We are currently cooking up “We Are Ohio” Stay Focused vol 3, “Don’t Mess With Texas” 2, Indiana “Respect Our Hustle” 2, and our Cali project.

A.Marie: What are you hoping to accomplish with your career?
DJ Locnez: Well, I would definitely say is to keep bringing the hot underground talent to the peoples’ ears. While one day getting picked up by some record company and working out a distribution deal.

A.Marie: Are there any rumors you would like to clear up?
DJ Locnez: As a matter of fact there is, it’s funny you asked that question. There are alot of people out there in the world that think just because you don’t have turntables your not a DJ. That’s so not true there are many types of DJ’s like there are different types of artist’s out there. For example, you got Radio DJ’s,Street DJ’s,Tour DJ’s,Club DJ’s, and than there are your mixtape DJ’s. In which I am very proud to say I am a mixtape DJ.

A.Marie: How do you make sure every mixtape is different?
DJ Locnez: I do my research first, take my notes, gather up my thoughts, brainstorm on paper about each one, come up with a concept theory and go from there.

A.Marie: Is, there such thing as a “groupie problem” when in the DJ world? Why or Why Not?
DJ Locnez: Yes, there is as there is in every aspect of the entertainment industry. A person just has to know how and when to be professional.

A.Marie: Have you incorporated other genres such as pop,rock,country on a mixtape?
DJ Locnez: No, I have never done it yet personally. I simply love the idea of it, so bring it on.

A.Marie: Here is your chance to tell the world one important thing about you. What do you want the world to know?
DJ Locnez: I was recently diagnosed with a rare disease called “AVN” Avascular Necrosis. I have learned that life is precious and we should all count our blessings every day. Even though I have “AVN” I simply refuse to give into it and let it stop me from chasing my dreams,goals,and aspirations in life.

A.Marie: Tell us about your entertainment company and your artist you work with?
DJ Locnez: Locnez Promotions is a family of clientele that now exceeds across the United States. We work to push, pull, and promote the independant artist thats out there needing a voice. We work with alot of artists from independents to Grammy award winners. It’s all about getting that good music out there for the whole world to hear.

A.Marie: Why did you choose the name Locnez? Is there a meaning behind it?
DJ Locnez: Well, my producer 20 gave me the name Locnez. He said the reason for it, is that people believe in me without seeing me. So all in all it is a career name based upon faith.

A.Marie: When you think of Vintage Media Group, what comes to mind?
DJ Locnez: Hardworking and dedicated people, no other way to say it. “The Voice of the People”