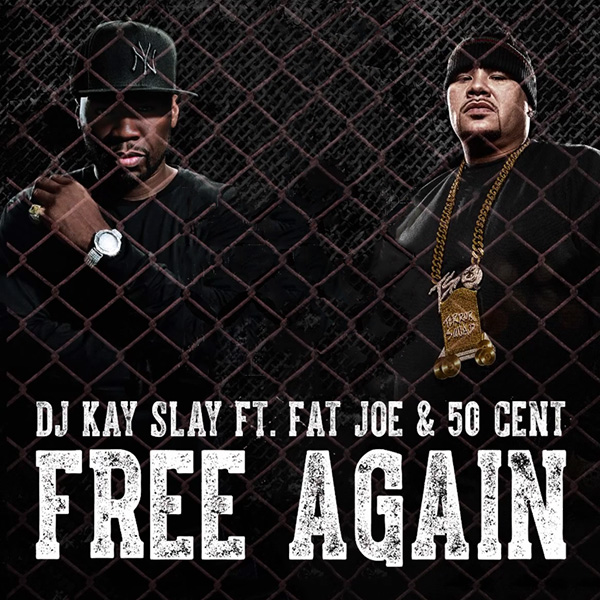 It’s been about a decade since 50 Cent picked a fight with Fat Joe for appearing on Ja Rule’s “New York” song. But with all the public scrutiny of New York rap right now, there’s no time for that.

DJ Kay Slay, a.k.a. The Drama King, agrees. He’s been on a mission recently, releasing some raw New York for the streets, reports Complex, and his latest effort teams up these two giants for a track called “Free Again” off his forthcoming fourth album, Rhyme or Die.

“It’s about politics,” Slay says on the track. “It can make a wrong situation right or a right situation wrong, depending upon the players involved.”

With these players, it’s a major gesture and it’s been a long time in the making. Fif and Joe first began to settle their beef at the 2012 BET Hip Hop Awards, where they peacefully appeared on stage together to pay tribute to their mutual friend Chris Lighty. Since then, they’ve both confirmed in the media that they’re no longer interested in the feud.

“He [Lighty] always wanted me and 50 to make peace, but we was just being stubborn and ignoring him, you know?” Joe told BET.com. “… It just took two grown men to say ‘This is for Chris Lighty, this is for hip hop. Let’s move on with our lives.'”

The “Free Again” song, however, is the first time they’ve appeared on a track together. And — to keep it all the way hip hop, no doubt — Slay debuted the Streetrunner-produced heater via Hot 97’s Funkmaster Flex show, reports MissInfo.

No word yet on a release date for Rhyme or Die.