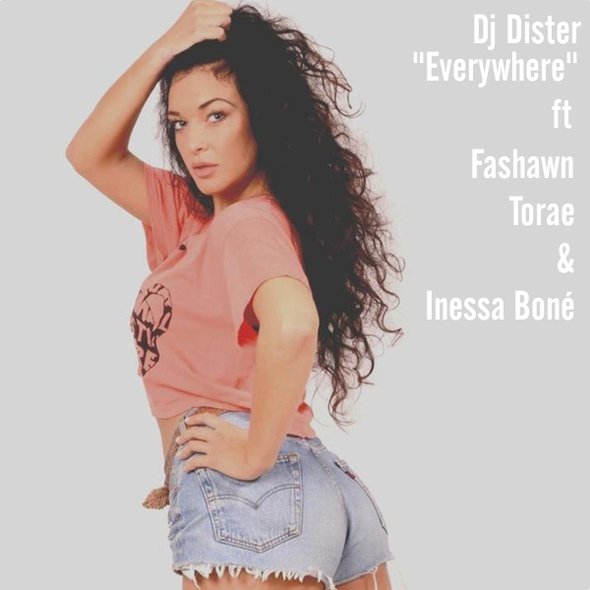 The song titled “Everywhere” features MC’s Fashawn and Torae and also serves as the debut showcase of multi talented Inessa Boné, who laced the song with sultry vocals. Inessa (also featured on the cover art) is a singer, actress and professional dancer, with roots in Cuba, Ukraine and Brazil who currently resides in London.
Inessa Boné’s first official single is currently in the making and will drop in the near future.

Inessa was the perfect addition to “Everywhere”, a smooth track, produced by Dj Dister, making it a tune for any fan of hip hop and soul. Visuals are currently in the works and the video will be released soon.