Discover Why Breakthrough Gen Z Rapper Matrell Got Next 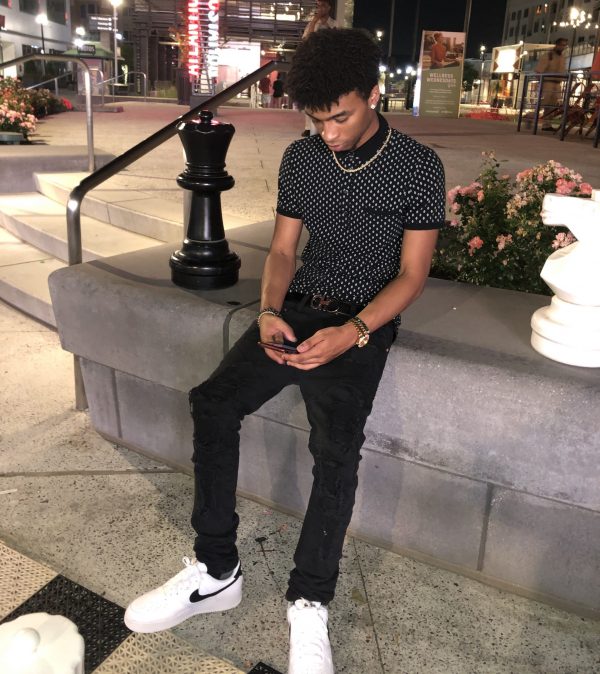 Young, hungry, and set to blow, rising rapper Matrell is hailing from New Jersey, now based in Atlanta, Matrell’s high-energy flow, slick bars, and cheeky charm are shaking up the Gen Z hip-hop landscape.
Breaking out with his exciting new debut record, ‘Birkin’ (dropping August 13th), Matrell’s about to be the new name on everyone’s lips.

So, how exactly did Matrell get into music?

Born to a Black father and mixed-race mother (with French, Italian, Lebanese and Ivorian roots), Matrell began making music in eighth grade, crafting beats and recording songs in his closet after school. Since Matrell was always cooking up new music, he enrolled in his uncle’s after-school program which helped novice producers develop their audio
engineering and recording skills. By age 13, Matrell was working at his uncle’s recording studio, MaddBass,
and spent the next three years learning the ropes. When there were no clients, Matrell would use the studio to make beats, songs, and build up his music catalog — a true creative. Matrell, who has played piano since the age of 2 years old, credits his father, also a music producer, for introducing him to music. The rising rapper says:

“My dad had me in front of the piano before I could even walk. I’d go to the studio with him as a kid. He taught me how to make beats. I gravitated towards it, realized I was good at it, and kept going.”
He adds: “Music came naturally to me like it was something I was just meant to do.”

When did Matrell discover rap?

Matrell says that listening to conscious rapper J.Cole was one of his key inspirations for pursuing rap music. J.Cole became a gateway to him studying rap legends like Biggie and A Tribe Called Quest. “The first music I really fell in love was with rap,” says Matrell. “I listen to all types of rap music — Future, DaBaby, Drake, Lil Baby, Young Thug.”

As a rapper, Matrell’s own creative flow stems from a place of self-improvement and hunger for competing with himself. Since he makes his own beats, records his own vocals, and pens his own bars, Matrell belongs to the self-made legion of artists making music on their own terms. One of his key creative goals is to make sure he builds on previous releases, ensuring sure every new track he puts out is better than his last one.

The ambitious young rapper says: “I like growth in my music. I always wanna get my ideas out. When I make a song, I’ll usually start out making the beat, and out of nowhere, the rest will come to me.” “Whether it’s lyrics or few, the beat will just speak to me, and I’ll want to make the song right then, right there.” The future is bright for Matrell — and we’re here for it.

Keep a look out for Matrell’s debut single, ‘Birkin’ available at www.matrell.world or on all streaming platforms from August 13th.

You can stalk the rapper on Instagram at @matrell_official (we won’t judge).