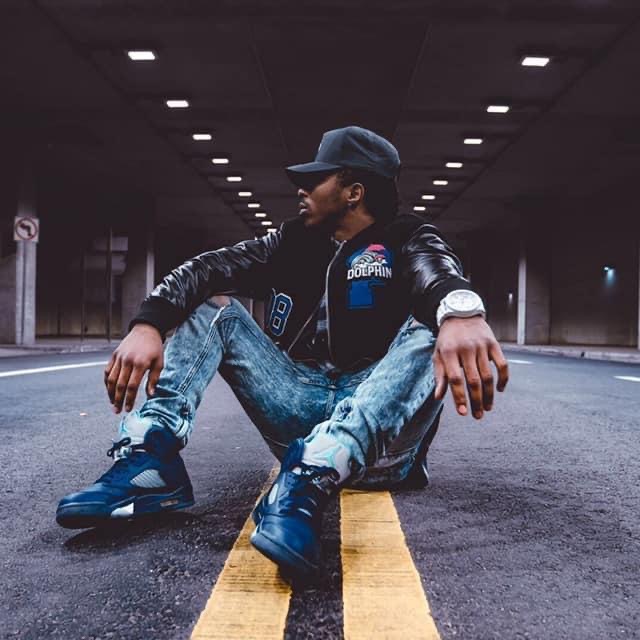 Hip-hop musician Dijoun Da Allstar marks his way back into the music industry after a 3-years long hiatus. His anime-inspired hip-hop music is gathering the attention of music lovers from across the world.
Hip-hop is one of the most revered music genres. With so many artists popping up from every nook and corner of the world, it is indeed tough to keep track of the best ones. Laron Dijoun Degraftenreed a.k.a Dijoun Da Allstar is however making his presence felt in the music industry. His recent release, ‘How I Cook Up/Talk My Shit’ is being widely accepted and is now available for streaming on all the top platforms.

Originally born in Long Beach, California in 1993, Dijoun is based out of Salt Lake City, Utah. However, in 2005, he moved back to California to attend Piute Jr. high School in Lancaster.
Dijoun has been pursuing music since he was 9 years old. Growing up, his idols were the legends 2Pac, Notorious B.I.G, Jay-Z, Ice Cube, LL Cool J, Snoop Dogg, NAS, and Eminem, Big Sean, Kendrick Lamar, Tyga, and Tech N9ne. Dijoun says that his style of music is largely inspired by these names.
“These people have massively impacted my music and life in general. They are my inspiration. In fact, my journey towards becoming an artist began because I wanted to influence people positively, the way these legends have influenced me over the years.’ – Dijoun Da Allstar
Apart from music, Dijoun has also played cameo roles in films like ‘Rise’, and in high school musicals. He has also been involved in sports throughout high school.

‘I was quite busy with several things as I was growing up. But the sheer passion for music kept me going. And here I am, pursuing my dream, professionally.

Dijoun has a unique approach to creating hip-hop. Firstly, all his songs have a sense of elegance and effortlessness, which appeals a lot to listeners. Secondly, his creations are inspired by anime – the likes of dragon ball z, dragon ball super, one punch man, Naruto, and more.
The Road Was Not Easy
In the early days of his career in music, Dijoun was involved with a label. Not until recently, he disbanded himself. In the meantime, he also took a 3-year long sabbatical to gather himself, and take care of his family. The ongoing pandemic has also had a personal impact on him, as he has lost his mother to the disease. After going through all of these professional and personal struggles, Dijoun is firmly determined to get his hold back.

Instantly The Production Caught Our Attention As The Long Beach Native Has Us Hooked To This Recent Single "How I Cook Up/Talk My Shit". With Strong Replay Value And Hard-Hitting Lyrics We Were Very Pleased With The Track. We Were Intrigued With His Anime-Inspired Approach As It Gives A Different Vibe Which Is Needed In Hip-Hop. This Song Can Easily Blow Up As The Change For Rap Music And Hip-Hop Is Needed NOW. Tell Us What You Think About The Single.