Delia Farizath – In Her Own Words 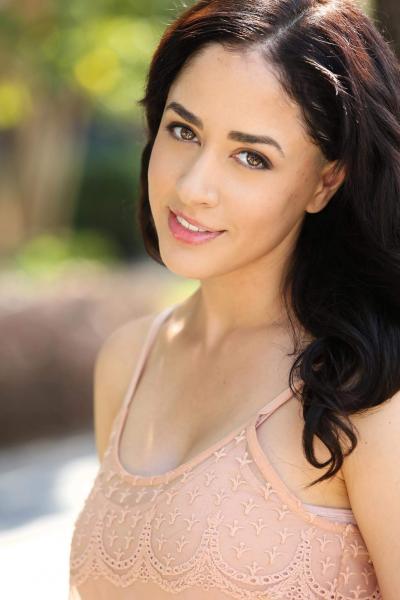 DELIA FARIZATH IN HER OWN WORDS

Some say the more experience you get – the better you become – at just about anything. Who can argue with that? We see it everyday; people’s skills actually do improve the more they do something. Take acting, for instance. Actors who work continuously and excel at every job they take, just get keep getting better. Each experience or character they play, gives them a special insight into their profession, and into human nature that the casual or part time actor simply isn’t going to get. Delia Farizath is one of those actresses who sets a great example to others on how to handle each character and search deep within to bring out the best in every role she plays. We recently asked Delia a couple of questions about her inspirations in life and about the last project she worked on. Here is what she had to say:

I am inspired by people who have a positive outlook on life, no matter what they do for a living or where they live. I love to be around optimistic people because at the end of the day, they are the ones who love life, even when they are battling the toughest challenges that life has to offer. If they get knocked down, they never fail to just get right back up and move past the adversity that is in their way- And, optimistic people always seem to get it! They learn the good from the bad.

CAN YOU TELL US A LITTLE MORE ABOUT YOUR LAST PROJECT?

I recently finished shooting a feature film in Spanish called, “Anoche Hable Con Mi Padre.” This script was inspired by a Mexican Corrido. I played the role of ‘Mayra’, a woman who has a lot of conflict in her life because she is madly in love with the other character in the film ‘Oscar’ however, her aunt and family do not like or accept him due to his social status. Therefore, Mayra tries to date a rich guy to try and get over Oscar, but in the end, it is proven, that love really does conquer all. The movie is currently in post-production and will soon be released on television.

WHAT WOULD YOU LIKE THE AUDIENCE TO TAKE AWAY WITH THEM AFTER SEEING “Anoche Hable Con Mi Padre”?

I would like the audience to value every second we have to share with the people around us and to let them know and celebrate the love we have for them. We can quite often take this for granted and sometimes it’s too late to say “I love you” and it’s too late to be giving flowers. I would like for people to include this in their lives now; show it now, say it now, don’t wait, and don’t feel afraid to show your feelings.

Thank you so much for your time, Delia! It’s always a pleasure talking to you and good luck with the movie.