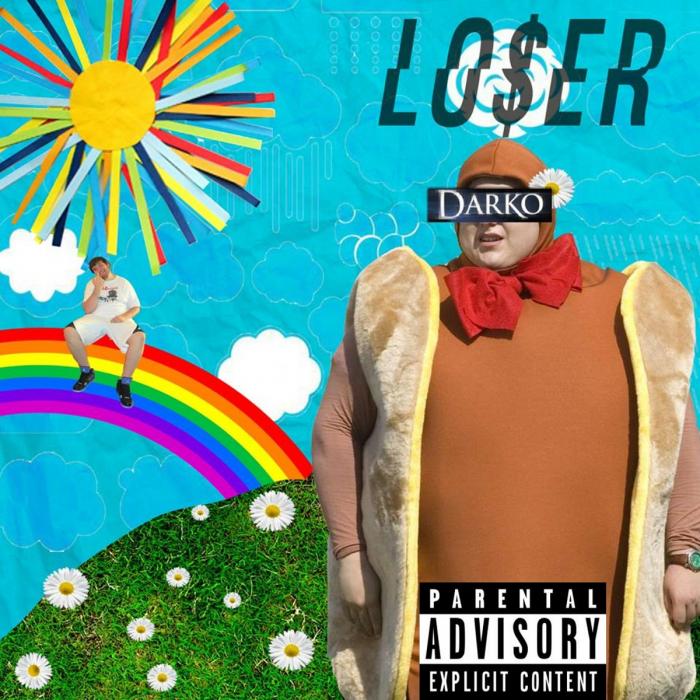 Loser is the brand new album from Pennsylvania producer/emcee Darko The Super.

Featuring guest appearances from both legends of the game and rising stars, with the likes of Murdoc and Open Mike Eagle both in the album credits, and production coming from KVZE, Abjo and many more, this is truly Darko’s most ambitious project yet.

Drawing from his many varied inspirations, such as MF DOOM, Eyedea and even Beck (the clues in the title!), Darko combines free-flowing rhymes with gritty production to paint a picture of the weird and wonderful world his creative mind occupies. Movie fans will be delighted to find a myriad of references to some of their favourite cult films, alongside allusions to yet more of Darko’s inspirations such as the legendary J Dilla of Detroit.

Coming after the release of a long list of previous projects, it would be apt to refer to Loser as Darko’s magnum opus. Laced with his signature style throughout the album’s 18 tracks, Darko The Super isn’t going to be for everyone. However Darko may perhaps be one of the only artists out there today who can say there’s no one else who really sounds like him. Staying true to the belief that hip-hop should proclaim originality as one of the key aspects of an artist’s success; Loser will leave you wondering what the fuck you just listened to, but in a good way!