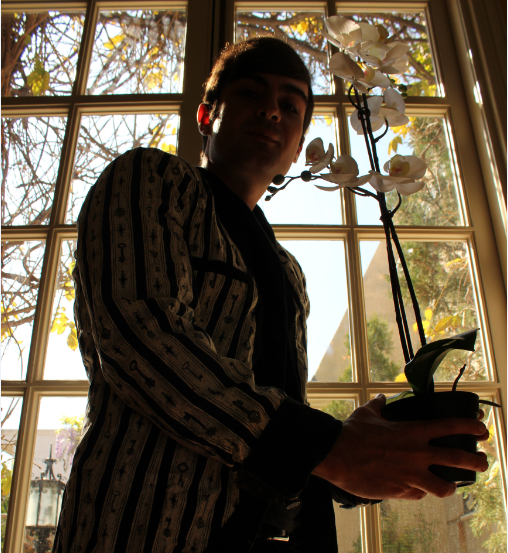 “Katy ” was written by Daniel production for the single by Charles Kallaghan Massabo. Charles is a French record producer, songwriter and musician. Based in Los Angeles, California, he is best known for working with artists Metro Station, Davey Suicide and American rock band, Falling in Reverse, for which he worked as an additional producer and songwriter on their album, Just Like You. The song was written from Daniel’s perspective and the struggles he faces trying to accomplish his dreams. He explained the idea behind the lyrics ” I wanted to make sure people knew how big and beautiful my dreams are, so I painted a picture and compared them to Katy Perry’s boobs. Her boobs are big and beautiful. Using this metaphor creates a nice image in the listener’s mind. ” The accompanying music video features Daniel in a lavish and upscale location having fun with his friends. He wakes up at the end and realises he was dreaming the whole thing. It was produced by Codybluefilms and filmed on location at Kingsley House in Los Angeles, California.

So first thing. When I tell you I love the hook for this song... I was laughing but also thought that was a catchy, but DOPE hook to spin off of Katy Perry's Boobs. Just freaking creative to me, Daniel gives you a typical LA, party like visual with "Katy". Some of the creative angles and shot selection separates this visual from other party like visuals that you may have seen before. Daniel cool like demeanor also gives this visual a different perspective as normally when you are at a party like such you tend to be more over the top, which I thought it gave the visual a different spin. Very good production on this visual as it looked great. Check it out and see for your self, then tell us what you think about Katy Perry Boobs...LOL