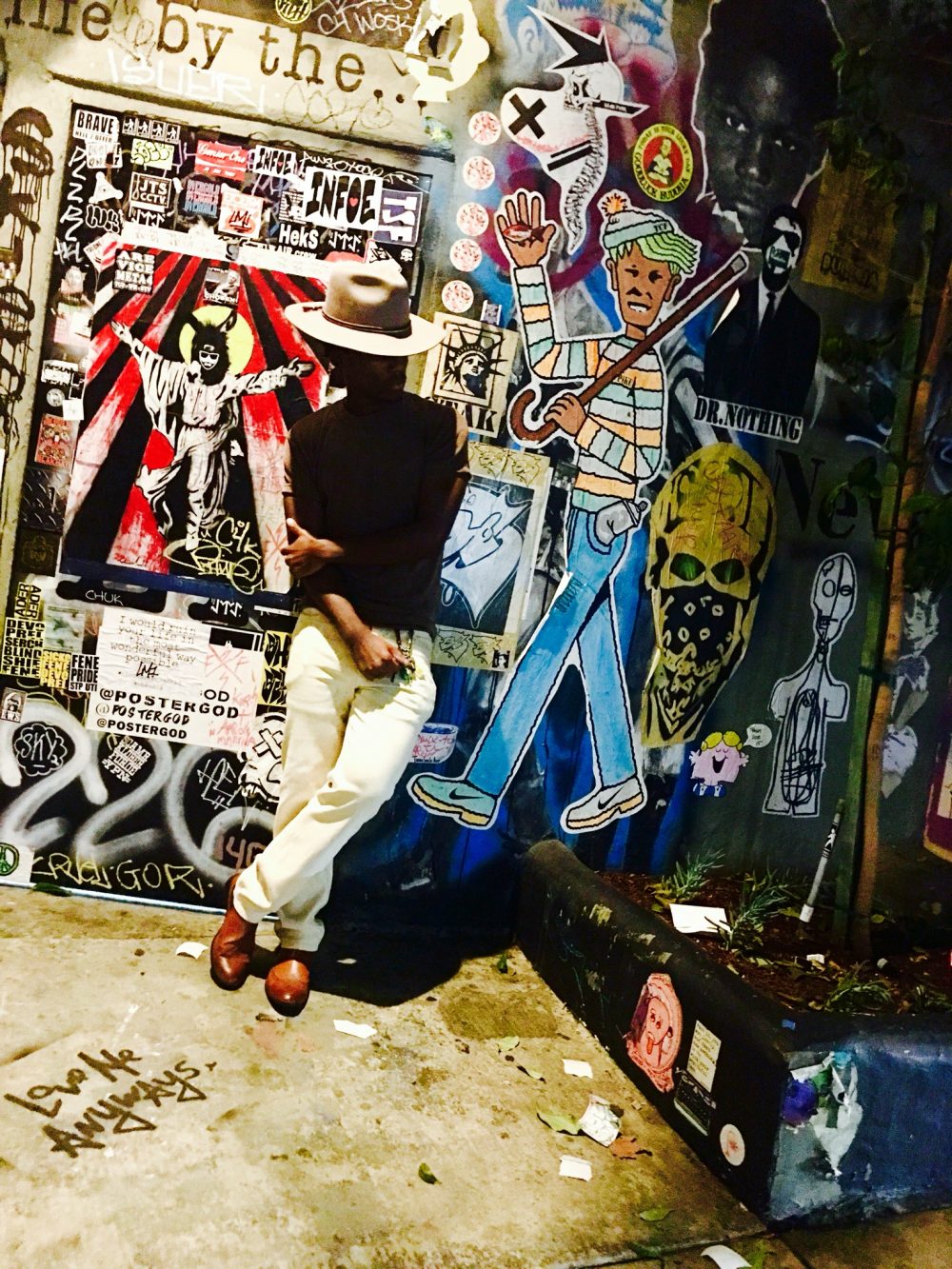 “In his new EP, Dabier addresses deep social issues in the five tracks included. The central track to his overriding philosophy is “New Faces,” an anthem that cautions people who have become successful overnight not to forget their roots. Dabier notes that, “N*****, we made it!” but also that the hero of the song hasn’t been by lately to see his mother. Dabier also puts that together with a message that, with “… cash in hand,” it’s much easier to go through the world and also notes that the song’s hero is one of a group of “New Faces” in that world. Dabier continues his train of thought in “I Will,” a track that shows the hero’s new world is a thin fantasy of peaceful equality. Supposedly, the “New Faces” will fit right in. From initial hi-hat cymbal clicks to an echoing ending on the prophetic words, “I Will,” the track instead portrays the true, disturbing reality where certain people are, as Dabier says, being “… killed off selectively.” Later in the track, Dabier explains that, despite an artificial desire to fit in, the people in the hero’s new world are really only out for themselves and perpetuate the false fantasy of a peaceful world for their own ends.

The harmony of “I Will” is interesting and catchy. Dabier is clever, too, when he adds modulations to different keys at points in the text that highlight the significant points he is making. Despite the nihilistic tone of Dabier’s observations, he remains optimistic about the effect he can have in enlightening the world. The haunting refrain of, “I Will,” shows that Dabier himself will act on his personal dreams and fantasies of a harmonious society instead of accepting the status quo of false equality. Dabier’s new EP is musically sound, and the raps are free-flowing and easy to understand. In all, the EP is a worthy addition to the California music scene”

VMG had a sitdown with the young guy from Cali to see what’s NEW and listen to his new EP.

Growing up in long beach I have gone through a lot with not only my family but with friends and what is around me! From being racially profiled not only in school but on the streets! I’m motivated because I want better for my family, for myself and for my kids!! I want to be a voice for good music! I’m motivated because i want my music to be heard! I want my music to reflect my life and what I have been through and help someone else get through their struggles through my music!! I’m motivated to be a better person and better artist. I want to grow, when you have responsibilities it motivates me to keep going! Everyday I wake up and I do one thing or more a day to further my career! There are no days off! And I hope it motivates everyone else that we can accomplish anything! motivation is a beautiful thing!!

When I think of VMG, I think of innovators that are trying to get unsigned artist to help get them to the next level! They want to see others succeed in there careers! There started what they do and I am thankful to work with Vintage music group!

3) Being that you are from Long Beach, what is the state of Hip-Hop there? How would you titled your style of music?

The Long Beach Rap Scene is Thriving with both guys and girls, A lot of Good rappers coming out of long Beach!! Snoop Dogg, Warren G, are some of the OG Rappers, are still well rounded in the Long Beach Area!! I got a chance to work with him once when I was younger! I’m here to try and do something different for the long beach Scene, because it is changing on a daily basis!! My Title for my style of music is Lifted, Gifted Rap music!! Rap music thats more than just guns, drugs and violence against one another! What makes me different is I’m talking a little more about whats going on in the world!! Im here to show what that other side is and That people can still turn up to it!

4) With your most recent EP “New Faces” is Crazy NICE, very solid… can you give us some details on how you came up with the EP?

I appreciate the Good Feedback about my music!! Im hyped y’all are down for it!! There was a Series of event that led up to me creating the Ep! It was a slow process, I also wanted to show some different ranges of my flow, my lyrics and still tell a story with each beat!! It slowly started to become something once we started to put it all together!! Case Closed is retaliation music, because my friend and I was caught in some police confrontation! Being Falsely accused, Racially Profiled & still let go without much of an explanation!! I wrote Case Closed the same day when I got home! I was angry, hurt, sad and a little scared because I could’ve been the one on the news for a racial profiled shooting that killed and un-armed Kid by a police officer! Me and my friend joke about it because the cop came up to us and said “ where the weed at”? Without any question of do you know why I stopped you etc etc! Thats where “But where the weed at, they say disposed” came from! Because we didn’t have any nor smoked at all!! We were the least looking suspicious kids in the neighborhood! lol! I Will is a throwback appreciation for earlier music with a Millennial twist! There is not to many millennial artist that know much about the Isley Brothers so I was proud to have put this out! New Faces is also a great throwback but with it felt like a story was needed! Its more of a Don’t forget your roots and your people track. We get so lost in where we want to be and what our destination is that some people forget to remember what it took to get there or where it all started!! Theres not to much Humbleness in some music nowadays so I wanted some humbling and motivating music and thats where New Faces! 100 Times surprises a lot of people with not only the beat but also the lyrics! Its a hype track with a very dark shadow covering! There is a lot said in the music, from what used to be a Success, to past problems, (Thus where 100 times comes in), racial profiling, Beefs, Time and Patience, to Revolutions! Theres is so much behind this track its crazy! I’m honestly not trying to be a Malcolm X but I do want for their to be a message being said around the world that brings us all together and learn and grow!! There is so much violence in rap music, that is being glorified its crazy! At times we don’t think about it because most people just want to have a good time, but there has to be other music that speaks to people with a heavy message that people can still get LIT to, like Kendrick, J.Cole, Logic and One day Dabier!

7) Any Last Remarks? I feel blessed to be where I am today. Growing as an artist, as a person and as an actor! I Look forward to doing so much and experiencing the world and life!! I hope to make tons of Albums and I Hope that my music sparks ideas, and motivation all over the world! I look forward to what the future is going to bring because I know its gonna be memorable & special!! Thank you to my Mom and Dad who have been my rock thought all of this! The thick the thin, the small and the big! I’m gonna make y’all Proud!! I hope y’all Ready!!