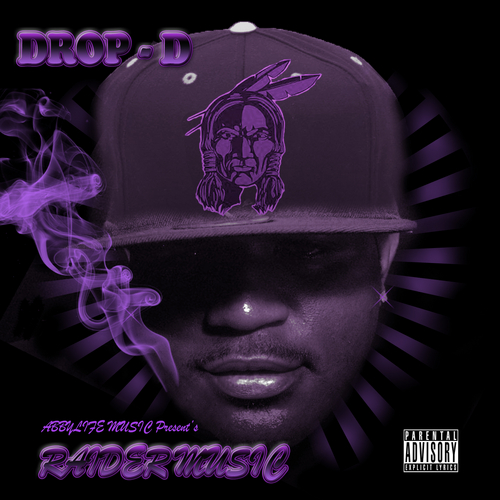 Drop-D is from Birmingham, Alabama originally, but has been living in Sandusky, Ohio for over 5 years now. Not only is he a popular rapper in the local scene here, but he also owns and operates his own car dealership. ‘Raider Music’ has been featured on a few other blogs, and even got the stamp of approval from West Coast legend Above The Law’s Big Hutch aka Cold187um.

His music is laid back, and he keeps it real with his audience. He discusses everything from the cliché stripper anthems and smoking weed, to be cheated on and losing friends and family to gun violence.