Cult of The Damned – Civilized 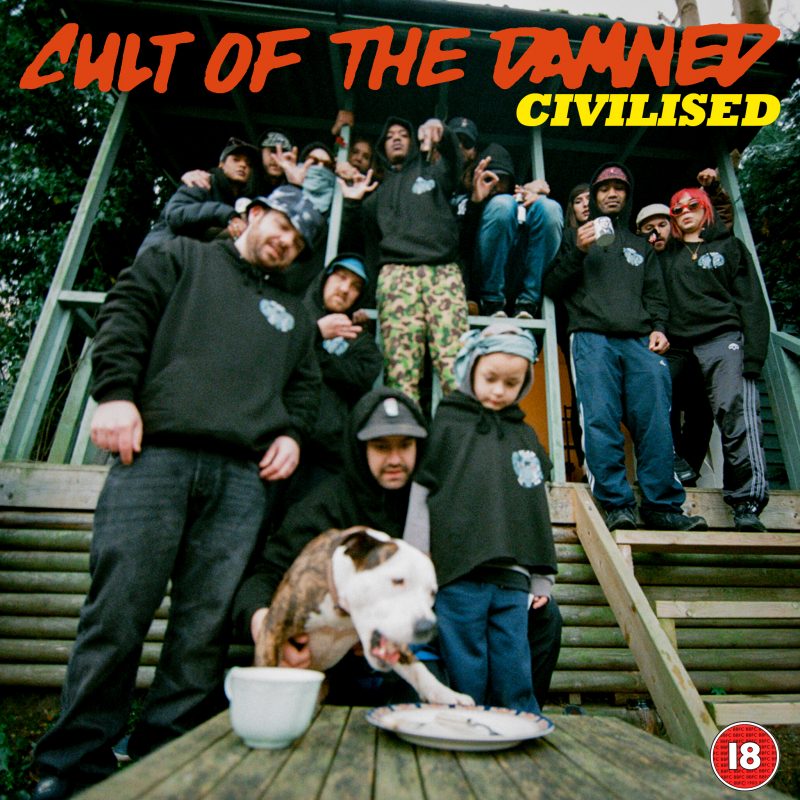 This is what Hip Hop from the UK sounds like: Cult of The Damned – Civilized (OFFICIAL MUSIC VIDEO) – British Wu-Tang?

Cult of The Damned are a Hip Hop supergroup consisting of over 12 rappers all signed to the Cult-status British Rap powerhouse label; Blah Records. They are often described as a British version of the infamous Wu Tang Clan due to the sheer size of the group and Cult/Gang style image, as well as being known for high level rapping ability over hard Hip Hop beats. They have a very distinctive and varied set of rap styles and an overall unique sound of their own however.

Back in 2007, they used to be called Children of The Damned and released two acclaimed albums under that name; ‘Tourettes Camp’ and ‘Brick Pelican’, in 2007 and 2009 respectively, which secured their status as heavyweights in their domestic scene. They have been around for a while but they are still young enough to make a big global impact due to coming out at very young ages.
In 2015, a reformation of the legendary COTD crew occurred. Now called ‘Cult of The Damned’, this group includes most of the original members as well a newer generation of members of the Blah Records roster. A self-titled EP was released that year and achieved success with the music video for the self-titled track ‘Cult of The Damned’ which is now the most-viewed video on the Blah YouTube channel.

On Friday 13th, April 2018, COTD will release their latest project, a full-length album entitled; Part Deux: Brick Pelican Posse Crew Gang Syndicate. It will be released on Limited Edition Vinyl, CD, Cassette and Digital formats. The music video ‘Part Deux’ was already released on YouTube some time ago, and this was followed up recently with the new ‘Civilised’ music video. A COTD tour has also just been announced. 6 dates across England, UK during the end of April and early May 2018.