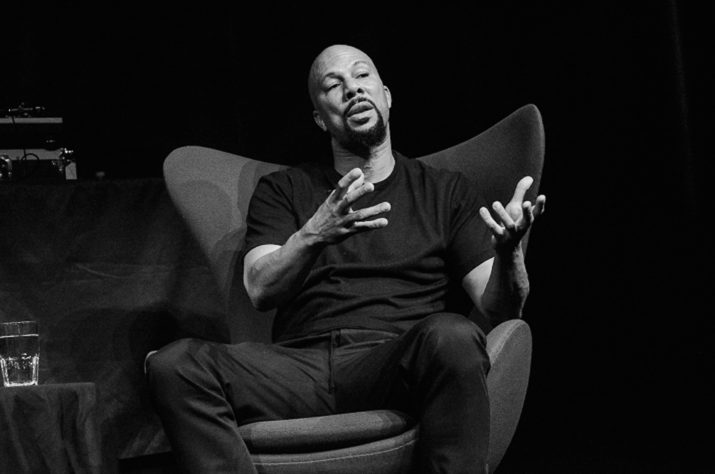 Common and J. Cole are using their influence to address the issue of mass incarceration in America.

Common’s latest effort, Black America Again, was an attempt at tackling the criminal justice system in the country, as well as to help drive change. Now, the award-winning rapper-actor and creative has partnered up with fellow activist, J. Cole, to occupy the Capitol Mall in Sacramento, California for Imagine Justice with a free concert.

“As an artist, I believe it is my duty to fight injustice wherever it appears and take a stand for my fellow brothers and sisters,” Common said in a statement posted to the event’s website. “I believe it is my responsibility to use my platform to amplify the courageous voices of the movement and support the most marginalized members of our society.”

J. Cole will perform and join Common in a conversation about the need for criminal justice reform. Goapele, Los Rakas and Syncopated Ladies are also scheduled to perform. Common, who recently ended his “Hope & Redemption” tour, has already reached out to inmates to connect with them about their own experiences with the criminal justice system, and now he takes his message of change to the people.

My experience on the Hope & Redemption Prison Tour has been emotional, inspiring and impactful for me. I'm truly grateful for the opportunity to inspire hope in these men and women in the prisons and leverage my platform to make a difference. The prison concerts were just the beginning. Since March, I've met with various legislators about criminal justice reform bills, participated in a number of community events and continued my visits to state prisons throughout California. Next Monday at 6 PM, I'll be hosting a special community concert, @ImaginexJustice, on Capitol Mall in Sacramento to advocate for criminal justice reform and share a message of hope, love, and compassion with J. Cole, Goapele, Van Jones and many more. The next day, I'll join multiple organizations in the State Capitol for several meetings with the California Governor and other legislators to discuss a number of upcoming bills. After my visit to the State Capitol, I'll travel to Folsom State Prison to perform for the men in prison. Photos by @SadeCJoseph