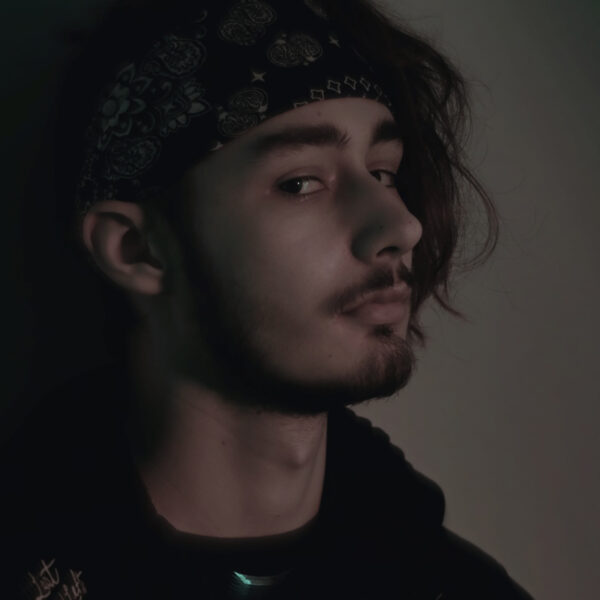 What happens when you get Witt Lowry and Shotgun Willy combined as one person? You get this rapper you have never heard of the name Brendon Rice.

He was born and raised in the small town of Kalamazoo, Michigan (yes, that’s actually a city). He has tried making music of his own at 16 years old when he was in high school. Nobody knew him like that back then but some students he knew close to, knew his “music” and clowned him for the lack of creativity and confidence. After that, he stopped trying to write and make music coming from the hate. 3 years later, after dropping out of high school and moving forward into adult life; he’s very close best friend/rapper “BradGodd”, came out with his very first song “One Take (Remix)” on SoundCloud. Brendon has told us that “If it wasn’t for Brad doing music, I wouldn’t have come back writing music”. Later in time after that, in June 2020; Brendon has released his first album “What Would You Do?” which he mixed and mastered in his own bedroom. A month after release, he came across a local studio to go for cheap over at “La Luna Recording and Studio”. And that’s when his biggest and top song on Spotify was ready for release; naming the song “No More Games”. “Once I finished recording that song and knowing it was my first time in an actual studio, I played that song in the studio over and over again. I knew it would blow up from the start,” Brendon says. After his first-ever studio session, he started to make time and actual effort into writing and going to the studio more. That’s when he released his second album, calling it “Xability” (which includes No More Games).

He reached over five thousand streams and monthly listeners started to go up. He said “All of the music I have released and been releasing, I take my time learning the promotions and doing research to see things are legit before I target the right audience, also be making sure there will be no damn bot’s.” The next year comes along and in later months towards May, he releases his BIGGEST and LONGEST album ever! With 19 tracks, 8 tracks that have gotten over one thousand streams; he called this album “Songs for the Departed”. “The title of the album means I am departed like separated from the rest of these rappers and I rap with how I work with music compared to these big names.” Brendon clarifies. He started to perform music at open mics and sell CDs. He said he’s working on his 3rd album as of now, doesn’t know the release date just yet.

VMG had a moment to sit down with Kalamazoo native to talk about what’s new and more.

The one big thing that keeps me going and motivated is telling myself that I can be me. Not some alter ego and to make music just for fun, I actually am trying to make a name for myself. Another thing that makes me motivated is honest criticism so that way I take their words into future reference. It makes me learn that I can get better with what I write and turn those written words into the microphone.

3) Being that you are from Kalamazoo, Michigan what is the state of Hip-Hop there? How would you title your style of music?

Umm, there isn’t a lot of rap and hip hop in this kind of small-town but when I do my research on Kalamazoo rappers, there are a few that are good but some are just shit not gonna lie. But I definitely feel like there should be more hip-hop and rap in this city. The more the public knows and learns rap, the more they will like the genre. My style of music is literally all over the place. I could go from rap and hip hop to something like lofi and maybe something with country guitar or electric in it for a rock vibe but almost all of my songs are rap and hip hop. I like rapping maybe a little more than signing because I want people to listen to every word I rap and follow it up with another line that makes sense.

4) With your most recent music single “No More Games” is Dope, can you give us some details on how you came up with that song?

The way I came up with the song was after watching “Scott Pilgrim vs. The World”. Scott and Ramona’s relationship was complicated, fight after fight bondage and that gave me an idea of getting a producer on it while I was writing the song, my chorus came to the song title. No More Games made sense cause of Scott fighting Ramona’s ex’s for her love only and to me, it sounded like he was having enough with her seven evil exes and at the end of the movie, showed that he’s not fucking around.

You can find me on Instagram I use the most, which is @brendonricemusic and my Twitter is @oneandonlyrice

The top influence that has inspired me to make music is Eminem. The way he writes his lyrics and works with his syllables is ridiculously good. Another inspiration is a UK rapper, KSI. The way he shows diversity in his music like from his recent album “All Over The Place”, that album really got me to think like if he can do that, I can do it too.

This has been the One and Only Brendon Rice and a new album dropping soon by mid-spring or summer. See you soon.