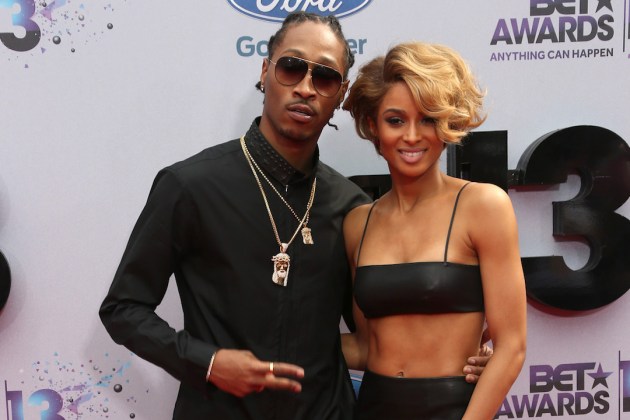 Future has made it apparent that his split from former fiancee Ciara has fueled much of his prolific run of music in the past few years, but has he earned $15 million off of it? The singer is suing the rapper for that exact figure, citing comments he made that could be interpreted as slanderous.

TMZ reports the root of the lawsuit stems back to a January tweet spree in which Future aired out his frustrations in regards to the visitation access he has to the son he and Ciara share. “I gotta go through lawyers to see babyfuture…the fuckery for 15k a month,” Future wrote before accusing Ciara of having control issues. Ciara immediately denied the allegations, but it seems the damage has been done in her eyes. In the lawsuit, the singer explains that Future has seen his son 19 times, occasionally for several days at a time, since December 2014.

The lawsuit also points to a radio interview Future did in which he discussed a photo of Ciara’s new boyfriend, Russell Wilson, pushing Future’s son in a stroller. “She probably set him [Russell] up. You letting them catch that photo. Leave my son out of all the publicity stunts,” he said. Both the interview and the series of tweets paint Ciara as a less than favorable mother, what she considers actionable slander spoken with malice. In addition to the $15 million, Ciara is also seeking to prevent Future from discussing their private family matters in public again. We will continue to update this story as news develops. But it would appear that the love has gone backwards for these two.