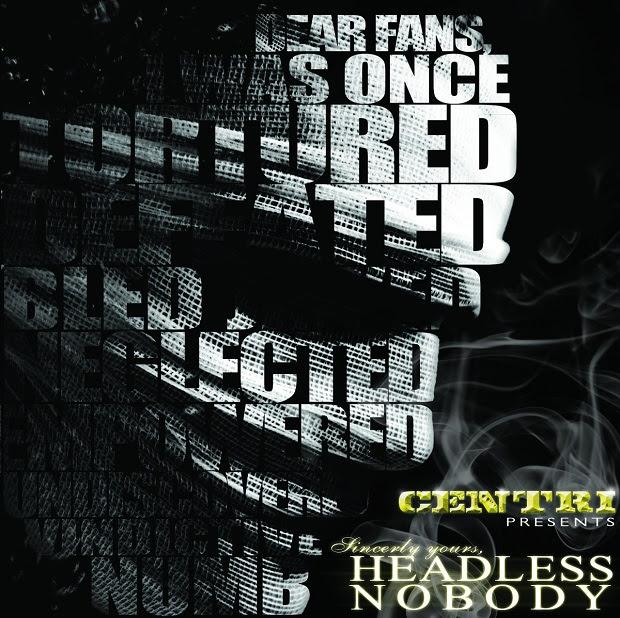 This album embodies a hip hop grit that has been lost for a quite some time. You look closely at the cover art is actually a letter to the fans to reinforce this statement. Overall it was built to be a classic!” – Centri

NYC-based Hip-Hop artist Centri is an anomaly and in many ways could be considered a model for the modern day renaissance rapper. After a career in the United States military, Centri returned home (Central Islip, Long Island) to an unfamiliar world, with a new mission: to create a career based around his true passion, music.

Centri’s newest work ‘Headless Nobody’ is his most ambitious, hunger-filled album to date, it captures the angst of today’s artists at a vital point where cultivated talent finally meets deserved recognition. It spoils the listener by orchestrating a sound that true hip hop connoisseurs has been waiting to hear but couldn’t put their finger on what it was suppose to sound like. His style is grimacing, honest and laced with a sound reminiscent of the golden era of Hip-Hop.