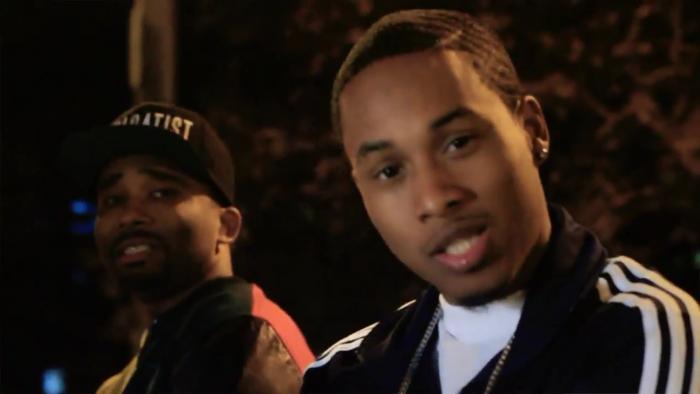 As he preps his ‘Cash Is King’ mixtape for release later this year, NYC standout Cashflow makes things staunchly clear about where he is from, Harlem, USA. Choosing Nas’ classic instrumental for ‘NY State Of Mind’ as the backdrop, Cashflow advises us not to forget his neighborhood’s gritty history on ‘Harlem State Of Mind’. Draped in New York City’s signature hustler attire consisting of an Adidas tracksuit, rolex, and a part in his waves, Cashflow is flanked by his all white beamer as his lyrics paint the dark picture of Harlem’s seamy underbelly.