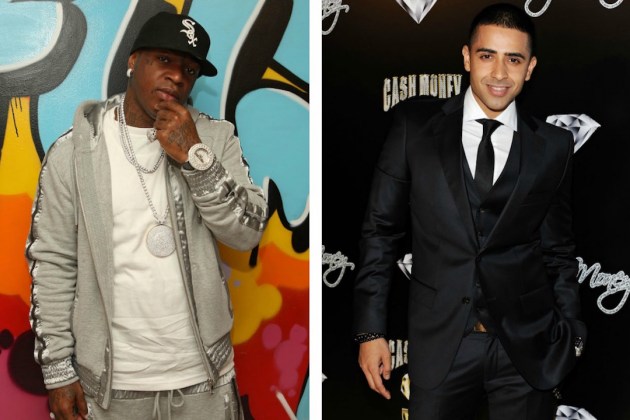 There’s a widespread industry stigma that Cash Money Records does not pay artists or producers their proper royalties. In August of 2015, producer DVLP sued Cash Money for $200,000 in unpaid royalties while former Hot Boy Turk is seeking more than $1 million in unpaid royalties from his former label. And it would appear that that’s just the beginning of it. On Wednesday (Jan. 27), a Louisiana magistrate judge ruled that the label owes Orange Factory Music $1.1.4 million in royalties for songs produced by Jay Sean dating back to Dec. 31, 2012, Billboard reports.
According to the lawsuit, there are a number of songs that Orange Factory produced for Cash Money under contract and additional tracks that were produced without a written agreement. The songs produced under contract include “Down,” “Fire,” “Lights Off,” “Do You,” “Do You Remember,” “If I Ain’t Got You,” “Love Like This” and “War” from Jay Sean’s 2009 album All or Nothing which was released through Cash Money Records and Universal Republic as the singer’s international debut.
While the magistrate judge’s recommendation must wait to be adopted by a District Court Judge to become an official ruling, it remains likely to stand as most recommendations are approved. There’s no telling how this ruling will affect the other outstanding lawsuits against Cash Money, but one has to think that it supports any notion of the label stiffing its talent. There’s a storied history to internal Cash Money conflicts, with payment being the central issue. We will update this and other Cash Money royalty-related stories as news develops.