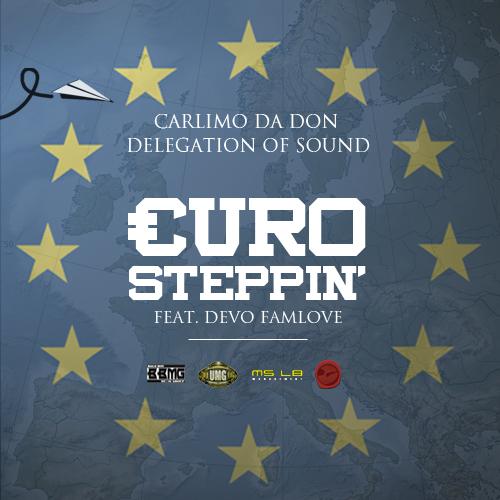 Euro Steppin’ is about the international connect and the progress they make in the music industry. The rapper from Charlotte, Louisiana got company from Unanimous Music Group rapper Devo Famlove and they wrap up on the production of Dutch producer Delegation of Sound.

Carlimo da Don and Delegation of Sound will release some more music the next following months.