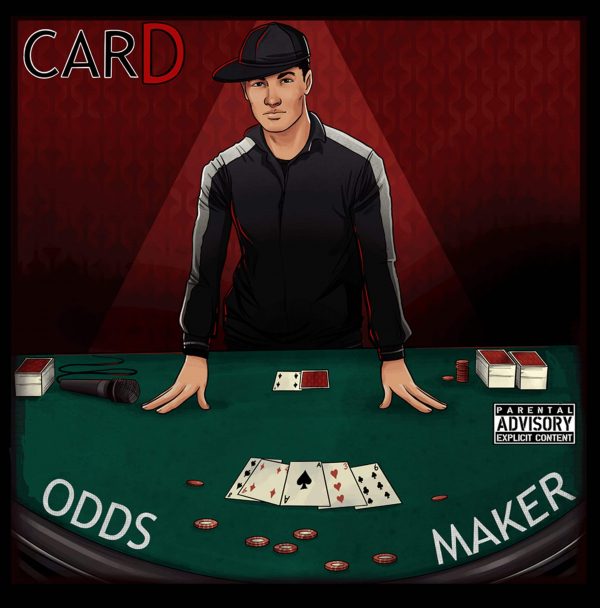 Bay Area rapper CarD isn’t afraid of taking risks with his music. As the son of a professional poker player, he is naturally inclined to go out on a limb with his lyrics, offering endless rewards for listeners who can keep up. Instead of rapping about partying and cliche gang life, he uses intricate wordplay and rhyme patterns infused with gambling terminology.

Battle rap has always been a core part of CarD’s identity. As a child, he absorbed the complex lyrics of Souls of Mischiefs and Hieroglyphics, and the gruff flow style of MCs like Block McCloud and Vinnie Paz. He grew up quickly in the Bay Area, developing his own identity and introducing himself to the local scene with the underground albums ’51 Short’ and ‘Ante Your Life.’ He began to develop a reputation around town, recording and performing with artists like E-40, Alkaholiks, Lifesavas, Bushwick Bill, No Doubt, and Killa Tay.

CarD’s latest release is the 2020 full length ‘Oddsmaker.’ Produced in part by longtime collaborator Connect, it represents a major artistic step forward for the young artist. Equal parts aggressive and introspective, ‘Oddsmaker’ is sure to be a favorite amongst hardcore hip hop fans who still value lyrics over glamour.