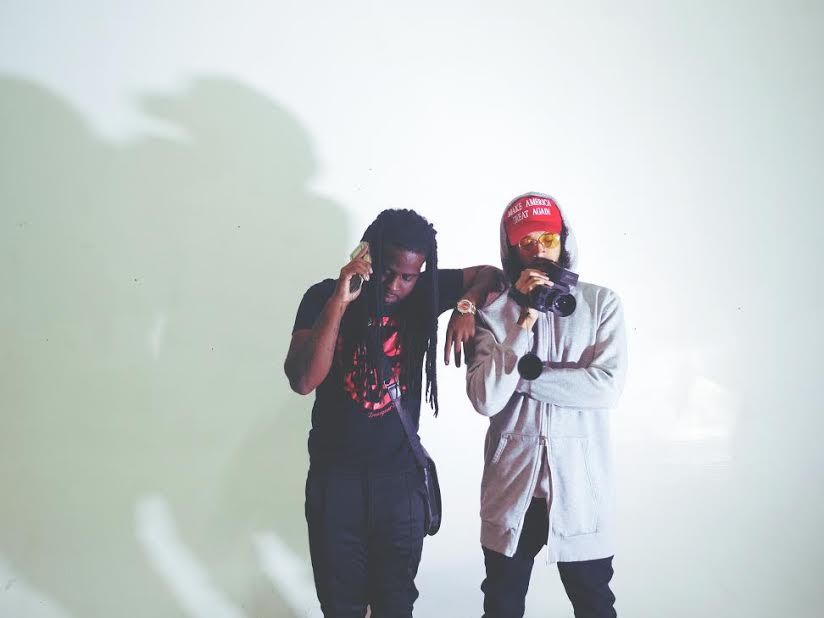 Kor Capital aka Cameralord has made a powerful impact with his lens work in and around the Phoenix, Arizona region these past few years. His video reel runs into the hundreds and artists from across the United States have tapped the videographer for their viisual treatments. Now, Cameralord sets his sights on his newly developed “Cactus Cut” series where he not only showcases hot local talent but also services official videos for all of the songs within.
The lead off single to “Cactus Cuts Vol 1” Kor taps frequent collaborator and recently relocated rapper Billionaire Black for “Trump“. The smooth instrumental ensemble was crafted by CaptainCrunch, who provides the perfect trap opera soundtrack for Black to reminisce over. He’s joined by the animated raps of Bizzo, who resides in East Phoenix.
With the visual talents of Cameralord, “Trump” takes on a layer of politically fueled viewpoints aimed towards Donald Trump and the plight of African Americans in AmeriKKKa. This is the lead single from “Cactus Cuts Vol 1”, which features three all original songs such as the aforementioned, the “Blood In, Blood Out” sampled “La Raza” with Ckorey Blunt and the Vonte Mays and Billionaire Black collab, “Billie Jean”.
Check out the powerhouse duo’s “Trump” video and then tune into “Cactus Cuts Vol 1” on Spotify.