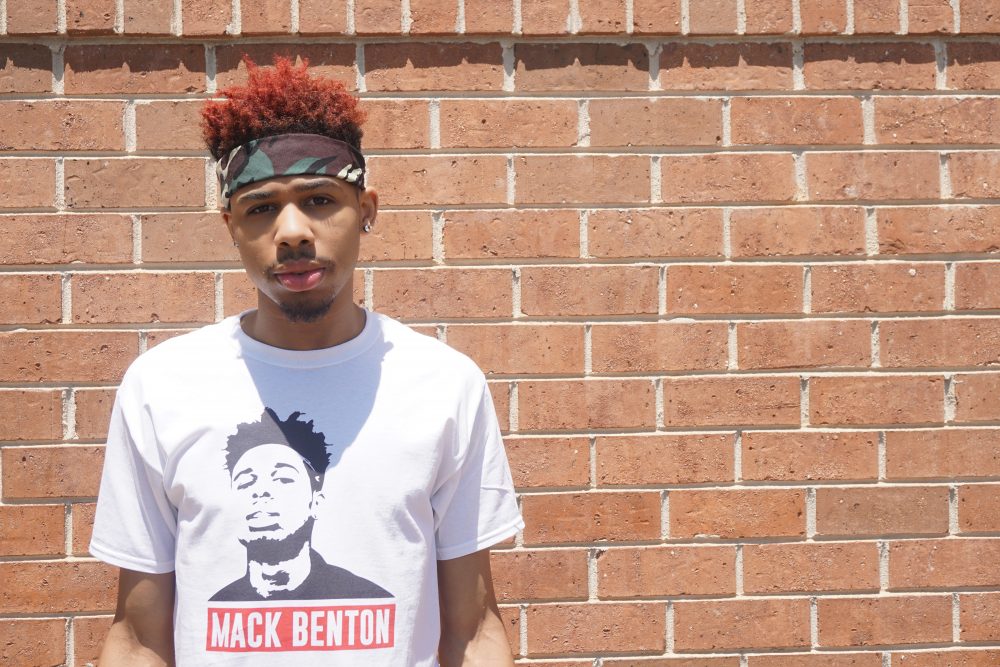 It’s been almost three years since one of Western New York’s most shared, viewed and awarded recording artist left town. We sat down with Mack Benton to discuss his reasoning and his progress since then.

Q: What was the reasoning behind your decision to leave?

A: I honestly felt that I had reached my ceiling in my hometown, I had released a big record that was getting airplay, won awards and was widely recognized throughout the region as one of the top talents. I wanted more for my career; there is no record labels or industry executives in Buffalo. I really urge people that want to pursue anything in the entertainment industry to leave. It’s a cool town to grow up in, but once you’re older, it’s time to dip!

Q: You say top talents like you were the only talented person there. I’m sure there were people there just as talented or better.

A: Of course, I’m actually a fan of a few people there that I thing are really dope. And I would love for the world to get to know them as well. Look, I don’t say it like I’m better than anyone. I say it because I understand how far I can go in that region, I’m from Buff and I only want to show the world how talented we are. My talents don’t just represent me; they represent an entire community, a region of people that have been overlooked for too damn long. My work ethic was groomed in that city; this is how we were brought up. I’m not here to show off, I’m here to not only make a way for myself but also for the people back home that lose hope. They are talented, they just need direction and inspiration and that’s why I’m here.

Q: We noticed you have a video up that recently went viral with almost 500,000 views. It’ll probably hit 1 million by this year. There is a ton of love in the comments, but just as much hate. How do you deal with the hate that comes with pursuing a music career?

A: Hey man, it’s life. No mater what you do in life, there will always be people that don’t like it or feel the need to comment. I’m cool with that. As long as I’m doing something I love that’s all I care about. Even back in my hometown I would have people sometime make negative comments. But it’s all appreciated. Like ion care how you feel about what I’m tryna do. This isn’t for you, it’s for me and at the end of the day that’s the only person I have to wake up and look at in the mirror everyday. If people hated less and worried more about their lives, the world would be a better place. But I just sit back and watch, and take it all in.

Q: Talk about your new singles. What inspired them?

A: I have a song called its Too Late that I wrote about a break up. It’s basically about a chic tryna come back in ya life, but by the time she realizes she had something good, it was too late. I basically already moved on. That was my first “white boy” feature. lol It was so dope because I always wanted to be so diverse with my music and I finally was able to.

Q: Anything you would like to tell ya supporters or anyone reading?

A: UMmm… make sure y’all check out all the new music and videos! I love y’all! lol…