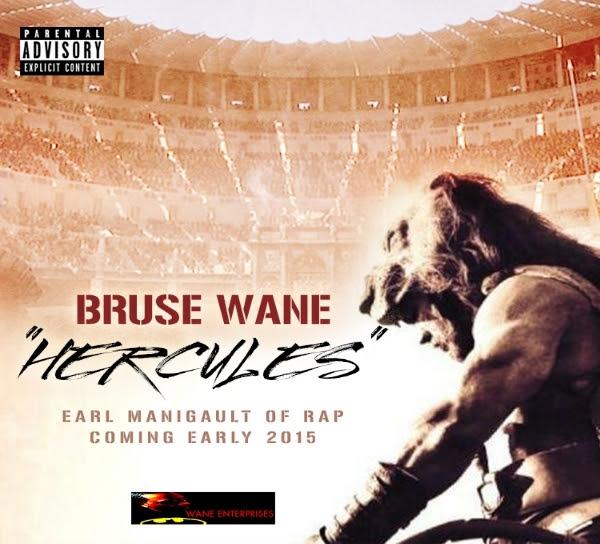 Wane Enterprises CEO and New York artist Bruse Wane presents “Hercules”, his new single produced by Baltimore beatsmith Dollars Tha Producer. The latest leak off Bruse’s forthcoming album Earl Manigault Of Rap, “Hercules” comes off the heels of the Sean Price-assisted “Beast Inside” (watch the video on Youtube), his “Who Shot Ya” freestyle (watch the video on Youtube) and “Return Of The Spitters (RMX)” featuring Keith Murray and Fam-Illy (stream on Youtube). A native of the Bronxdale Houses Projects in the Soundview section of the Bronx, Bruse founded Wane Enterprises in 2001, hosting events featuring Styles P, Papoose, N.O.R.E, Buckshot and Remy Ma. “I got the track and I felt the energy immediately, so I went in,” Bruse says. “I wanted to make sure that when people heard this they felt that same intensity. I’m sending a clear-cut message to the whole industry on this one, from the top of the totem pole down. Straight up. I’m not playing when it comes to laying these bars. I’m shooting for the best album of 2015.”