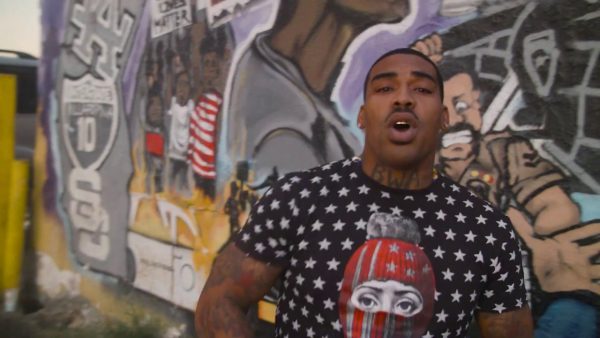 Do you understand the true meaning of the word “boss?” If the term is based off of coming up the hard way in the streets, it is defined as “one who motivates his team; someone who a team looks up to and follows because he helps them to grow and ensures that everyone eats.” These words are the law of rapper, entrepreneur, and CEO Breadwinner Kane of Artillery South.

The boss player from Huntsville, AL walks confidently in his role, as he navigated through the music industry and hustled his way to success over the past five years. Releasing fire heat for the streets like “Motion” with Kevin Gates, Zaytoven, and “Go Down” ft. Mista Myles for the ladies highlights his diverse skill set. Breadwinner Kane continues to present these lyrical gifts to the game for every listener, which can be heard on his new EP that is dropping soon, “Street Certified.”

Growing up, Breadwinner Kane was inspired by the likes of Juvenile, Lil Boosie, the legendary Soulja Slim (RIP), Scarface, Kevin Gates, Waka Flocka, and 50 Cent. Given this powerhouse as a main influence, the creative process is undoubtedly a mystery. Two things are for certain and one thing is for sure, however: the product will be a stroke of creative genius, the crowd will go crazy, and it won’t be for the faint-hearted–it’s going to be gangsta. Kane’s book as an artist began as the boss of a crew who envisioned himself in the music business.

After starting his own company, building his own studio, and investing in rappers and other talent, he was able to watch and learn the game from a unique

lens. He realized that he needed to get some things off his chest too! In the tradition of rappers/CEOs like Baby of Cash Money and Rocko Da Don, Kane is stepping up to the plate, or rather stepping to the mic, strong.

Upcoming Independent Artist Jirard Lowery Releases ‘BIGDOG’ the most anticipated song for 2021 yet.