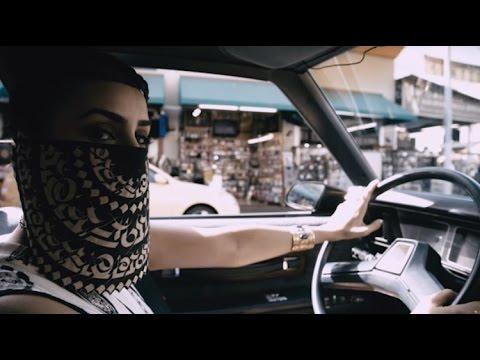 Armenian-American, Los Angeles-based producer Bei Ru presents the Postas-directed music video for “Sweet Temptress”, the single from his new instrumental album Saturday Night At The Magic Lamp. Described as the extended score to a movie that doesn’t exist, SNATML blends electronica, Middle Eastern influences, funk and hip-hop, with musicians playing electric bass, electric guitar, electric oud, cello, keyboards and piano on more than half the songs. SNATML is Bei Ru’s followup to his 2010 album Little Armenia (L.A.). He recently scored three songs for the upcoming film A Girl Walks Home Alone At Night, an Iranian vampire western produced by Elijah Wood and distributed by Vice Films. Bei Ru recently traveled to Kuwait where he performed at a Red Bull-sponsored event, the country’s first to feature local and international electronic-based musicians. He also performed in Jordan and Lebanon during this trip. “It was just a matter of finding sounds that struck a chord with me and playing around with them,” say Bei Ru regarding the album. “Some of those melodies were like some ancient-calling type s–t that just resonated with me for some reason, on some in-my-DNA-type s–t. I don’t really know what it was, they just spoke to me.” Saturday Night At The Magic Lamp is available now on iTunes.