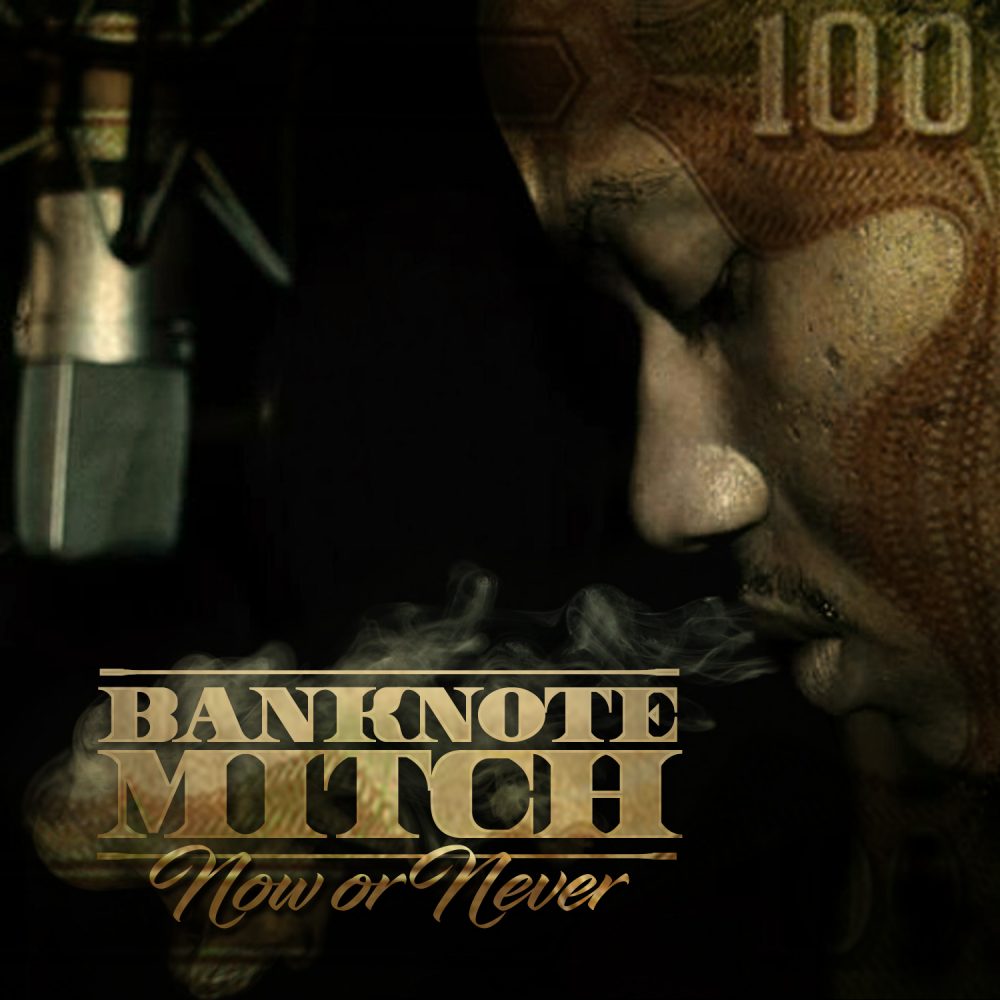 Every since his first mixtape, Field of Dreams, Banknote Mitch’s audience has continued to grow.
Now as word about his new project, “Now or Never” spreads like wild fire, the industry finally recognizes his true potential. Rarely does an artist live up to all the pre-album hype but in this case, it’s completely the opposite.

30 year old, Banknote Mitch (Mitchell Similton), has been rhyming words with prolific intensity since age 11.
He is currently an independent artist, not so focused on shopping to major record labels as he once was.
Unlike many of today’s rappers, Banknote doesn’t come with just hot beats and lyrics.
His creative song writing and tendency to actually say something on record results in full songs –
melodies, chorus hooks, and his lyrics take listeners down an elaborate twisting route.

To see new talent come along that warrants the kind of attention that Mitch does, in an industry
full of fads and lack luster artist is like seeing the return of Christ. On top of his on-point delivery and infectious voice, and on top of the over the top personality that he unveils, Banknote Mitch possesses an advanced ability to connect words.

Recently Mitch was released from his contract with a frustrated Lil Wayne, I think everybody knows he’s dealing with his own demons. Luckily Mitch could fall back on his own company, he’s been building for years, Black Array Entertainment. Which now makes him independent and in full control of his artistic views, not to mention owning all of his masters.

He has put North Carolina on the map in a way that only Petey Pablo or J Cole could do. From performances at the B.E.T awards to winning the Best artist of the year award, he has remained humble and grounded.
The self proclaimed new king of the south has a lot in store for 2018, but for now he leaves us with his love, appreciation, best wishes, new mixtape ” Now or Never” and saying f%k 50 Cent lol.