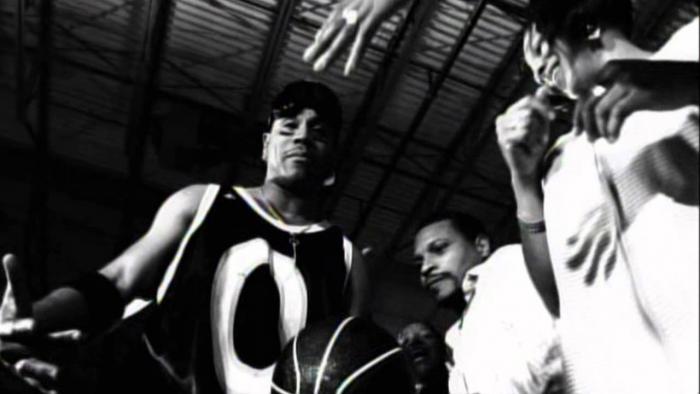 “Hit ‘Em High (The Monstars’ Anthem)” is a 1996 hip hop song performed by B-Real, Busta Rhymes, Coolio, LL Cool J, and Method Man from the Space Jam Soundtrack. Though the movie received mixed reviews, the soundtrack was a 1990’s rap movement breakthrough. It failed to reach the Billboard Hot 100, but was hugely successful in the United Kingdom. The video (directed by Hype Williams) is featured in black and white form with scenes from the movie, mostly The Monstars. They wore jerseys that the Monstars had in the movie while exchanging lyrics in a basketball court.