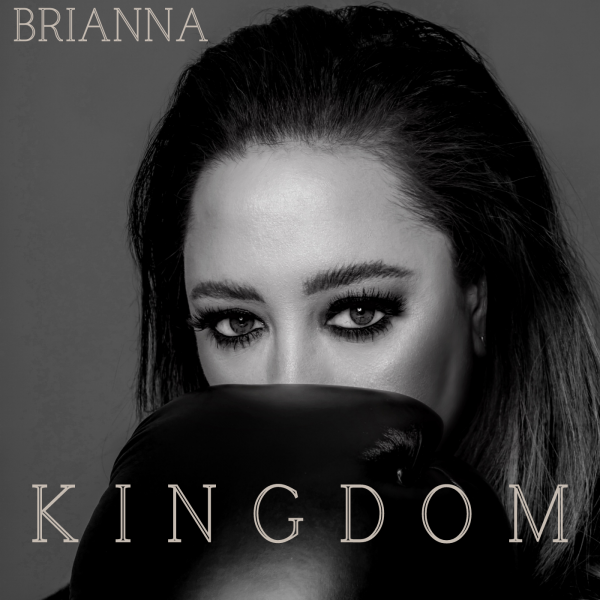 The event took place last Saturday, February 27th, and allowed fans to attend in person or to join through the virtual stream. Both alternatives allowed the audience to interact with B R I A N N A, who emphasized the importance of hosting the event in a socially distant fashion.

During the event, both physical and virtual attendees were able to see B R I A N N A perform “Kingdom” live, reminding the audience that the power of music transcends time and distance.

B R I A N N A was inspired to write and perform a new song for the show after her 2020 podcast interview with Kingdom creator Byron Balasco. The singer and songwriter has ties with the television community after appearances on MTV, National and local television shows.

The “Kingdom” single hits close to home for B R I A N N A, who has been an avid advocate against bullying and lack of support for independent artists in the music industry. “I mean, radio stations won’t even play your music unless you’re represented by a label. And honestly, this way of thinking is archaic. Let artists get the exposure they deserve”, said the artist. “No one is going to represent their music better than them.”

During the Saturday event, B R I A N N A shared inspiring words with virtual attendees, thanking them for being present from a distance.

The single, produced by Jonathan Crone and featuring Swisha Man Slim, is an absolute show stopper. “Step into my ring I’ll show you it’s my kingdom, start this fight Imma’ show you where I came from,” are some of the strong lyrics that Kingdom fans will be getting familiar with starting this year.

B R I A N N A is no stranger to empowering songs that delight her listeners one lyric at a time. In 2020, her releases “Survive” reached over half a million plays on Spotify, proving that her creative journey is still full of surprises. Follow her Spotify channel here to stay up to date with new releases.

An Atlanta native, B R I A N N A has earned a name for herself in the music industry via storytelling through original songs. With themes like female empowerment, positivity, and healthy relationships, she’s able to reach fans from broad audiences across the globe. Her international career has opened doors for her and allowed her to combine her artistic talent with her marketing knowledge.

You can stay in the loop with B R I A N N A’s latest releases by following her social platforms on Facebook, Twitter, and Instagram, and learn more about the pop expert through her website.